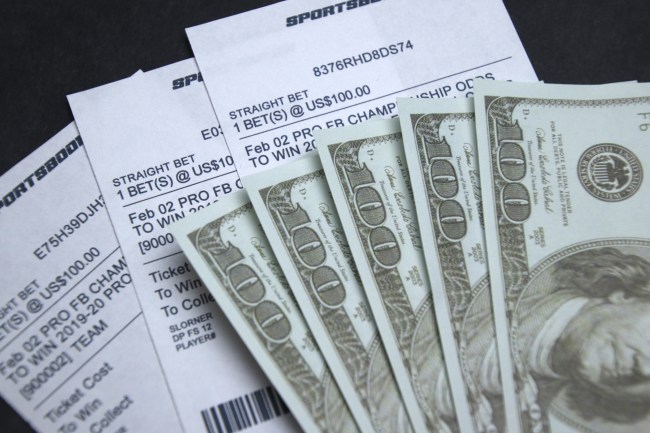 For those who don’t know Jersey Jerry, you are about to get a real good idea of just how clinically insane this man is in some videos below.

Jerry is a degenerate gambler that is no stranger to chaos and most importantly horses. His grandfather, who earned the name “Joe Tears” for his constant crying and losing at his local sportsbook, has been taking him to the track since he was a kid. Since Jerry began joining The Brilliantly Dumb Show on Tuesdays and Fridays, he has been on an absolute heater giving out winner after winner on the track.

When asked about his ways and theories behind picking Authentic, for his last two winners, his answer will leave you not only puzzled but laughing at the same time. It Is just too good and ridiculous to be true.

“I saw something, and I saw something that was very, very important,” Jerry explained. “I’d seen him (Authentic) walking next to the paddock and I told you if you remember, when the ears are like that (perked up) that is when the horse is in prime time. That’s when he is ready to go when they are like that, I’d seen Authentic’s ears, he was walking next to the paddock, I saw his ears go like this and they stayed like that. That horse was at attention, I’d say 2 hours before the race, he was geared up ready to go two hours before the race.”

Jersey Jerry discussed his theory behind picking Authentic the horse as yet another winner and his answer is too good and ridiculous to be true. #TheBrilliantlyDumbShow pic.twitter.com/wg4Iiqafj5

Jerry went on to win both the Kentucky Derby and the Breeders Cup by riding the Authentic train and keeping an eye on those ears. The clips that have come from it have been even better than the picks themselves. For more of this chaos be sure to subscribe to The Brilliantly Dumb Show on YouTube and all other streaming platforms where Jerry comes on for his daily segment.