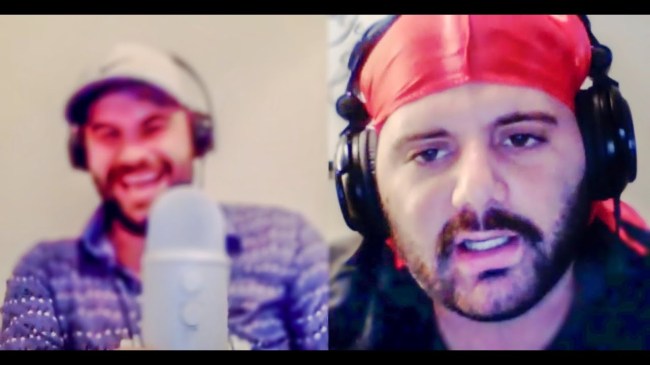 Jersey Jerry has made his way back to The Brilliantly Dumb Show week after week as we can not seem to get enough of the guy. The beauty of Jerry is that the chaos surrounding him and his life in Caldwell, New Jersey living with his mom is something that is completely normal to him and something that he would never consider to be chaos. I will let you judge for yourself in these clips below…

Jerry is the gift that keeps on giving and the entertainment seems to be non-stop. Often I find myself as the host just sitting back, relaxing, and let Jerry go. This week, Jerry attempting to say the word “pandemic” was the highlight of the show. Maybe that doesn’t say much for the show but to me, it is pure gold.

The innocence in this man’s face when being laughed at is simply just too good to be true. Jersey Jerry is flabbergasted as to why I would possibly question that pronunciation of a word we have been hearing all too much this year and one we which would go away.

It is going to be hard to send that pandemic word packing as I simply don’t see a time in the near future where I won’t want to go back and watch this video again and again. For more of Jersey Jerry, more of the banter, more of the laughs, be sure to subscribe to The Brilliantly Dumb Show on YouTube and all other streaming platforms.