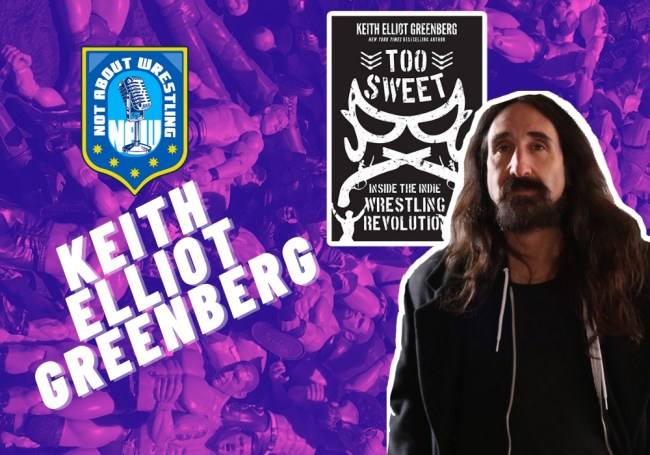 What’s up wrestling fans, welcome to another episode of “Not About Wrestling,” the show where I talk to some of the biggest names in and out of the ring about everything except actual wrestling.

His latest book – “Too Sweet: Inside the Indie Wrestling Revolution” – is out now.

Keith and I discuss growing up a wrestling fan in the Bronx, his early love of the sport thanks to a family who planned vacations around seeing live wrestling, breaking into wrestling writing for newspapers and WWF magazine, working with Freddie Blassie and Billy Graham on their autobiographies, his experience with Ric Flair and some regrets he has about their time together, and the future of indie wrestling after Covid.

Plus, Keith and I discuss his unpublished biography about The Iron Sheik that never made it to press. Those who received advanced copies of the book call it “the greatest unpublished treasure in wrestling journalism.”

Keith is a great guy to talk to because he’s seen firsthand the evolution of the business – and how it’s covered in media – over the last few decades.