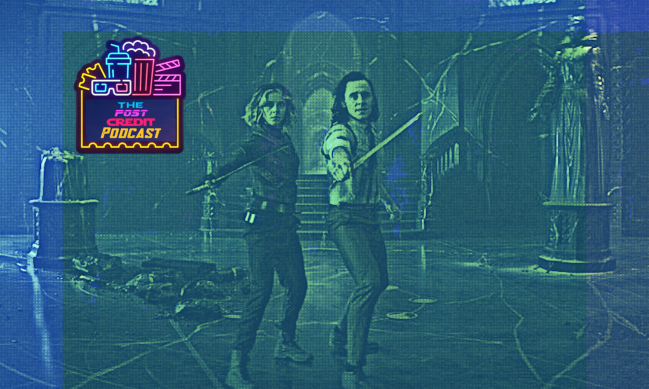 For this week’s episode of the Post-Credit Podcast, the boys were joined by our good friends Skyler Shuler (@SkylerShuler) and Derek Cornell (@DerekCorneII) over at The DisInsider to recap, review, and break down the entire Loki season one finale, episode 6, “For All Time. Always”.

Given the nature of the episode’s reveal, the conversation largely focused on the following four main topics: was He Who Remains necessarily a villain, what’s the deal with Kang the Conqueror, how long will it take to deal with Kang, and what’s the current state of the formerly sacred Marvel Cinematic Universe timeline.

Is He Who Remains a hero or a villain?

Truth be told, following He Who Remains episode-stealing speech about the nature of the multiverse, endless evil Kang variants, and the necessity of the Time Variance Authority, I simply…  couldn’t help but agree with him. Is the TVA and its suppression of life’s natural growth (when you think about it, the multiverse is essentially Drake’s phrase “More Life” literalized) an inherently fascist concept? Absolutely. But as Kang himself points out, their choices are either “stifling order or cataclysmic chaos”, and while they “may hate the dictator, something far worse is going to fill that void if you depose of him.” And just like Loki, I believed him. His methods may be extreme but they’re unfortunately necessary. Not only that, but he clearly went out of his way to find two relatively benevolent Lokis to take his place, which suggests a shred of decency remains inside him. He Who Remains might not of necessarily been a villain, but whoever takes his place surely will. Speaking of…

Who is Kang the Conqueror?

In short, Kang the Conqueror, created by Stan Lee and Jack Kirby and first debuting in 1964’s Avengers #8, is the next “big bad” in the Marvel Cinematic Universe and could very well remain a threat until the end of Phase 4 and beyond.

In long, Kang the Conqueror goes by many names and titles, including but not limited to: Kang, Immortus, Rama-Tut, Iron Lad, Scarlet Centurion, and Nathaniel Richards. In the comics, Nathaniel Richards — a 31st-century scientist — is a descendant of Reed Richards, a.k.a. Mister Fantastic. Using his genius-level intellect, Richards discovers time travel and begins to explore the multiverse, which leads him to discover that alternate versions of himself from other universes have also made the same discovery, thus explaining the multiple monikers that the character has gone by.

Ranging from heroic to indifferent to purely evil — for example, the Iron Lad variant, a teenage version of Kang desperate to not fulfill his villainous destiny, founded the Young Avengers — Kang’s existence is one of constant struggle as he wages endless battle against both the Avengers and the various versions of himself running amok across the multiverse.

How long will Kang the Conqueror be around?

One of the most effective aspects of the Loki finale is the manner in which it imbues terror into the notion of the multiverse. Yes, while fans have remained excited about the possibility of seeing multiple Spider-Men and the return of Alfred Molina’s Doc Ock — justified excitement, I might add — the truth is that the multiverse and the incalculable threats it poses is actually a terrifying proposition.

Take a look at the famed Infinity Gaunlet, for example: long thought to be the end-all-be-all of power in the MCU, Loki discovers a draw full of useless infinity stones wasting away in the TVA in the pilot before Miss Minutes casually offers him a fully-equipped Infinity Gaunlet and the opportunity to both defeat the Avengers and kill Thanos in “For All Time. Always.”Just like that. That easy. Given that the timeline-hopping Kang can make such light work of the previous pinnacle of ultimate power in the franchise, surely he’s now a villain that will take multiple years and films to defeat, potentially culminating in either Fantastic Four or the eventual fifth Avengers movie.

What’s the current state of the main MCU timeline?

When the episode closes, Loki finds himself face-to-face variants of Mobius and Hunter B-15 who do not recognize him, in a version of the Time Variance Authority that’s ruled by a singular being (a being that appears to be Kang) as opposed to the facade of the Time Keepers. Paying homage to the iconic ending of Planet of the Apes — writer Eric Martin even said so himself — Loki finds himself on an effectively different world as he’s landed in an alternate timeline. How and why remain to be seen. But what about the timeline he came from, the one he belongs in, the one that the MCU has existed in for a decade-plus?  What’s happening there?

Let’s say you’re a regular civilian living in the Marvel Cinematic Universe, right? And let’s say you’re going for a stroll at the exact moment that the timeline begins to branch: do you look up and see the sky falling? Or will the branching of the multiverses be more of a slow burn that unfolds in the background while our heroes duke it out with Kang and whatever interdimensional threats Wanda might accidentally unleash from the Darkhold for the fate of the universe? Unfortunately, while three films and three more Disney+ series are set to come in 2021, only one of them, Spider-Man: No Way Home will likely contain answers.