Michael B. Jordan On Why He’s Investing In Call Of Duty League Teams 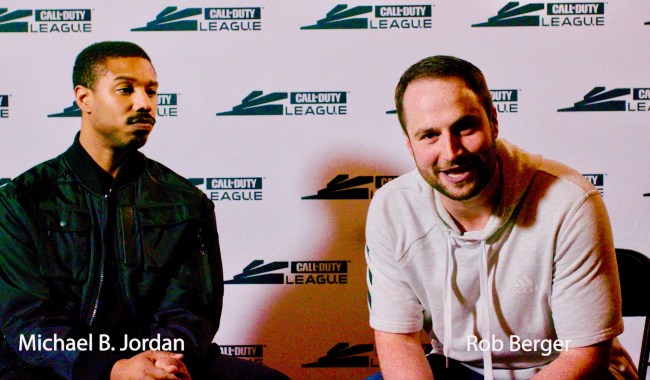 The Brilliantly Dumb Show had a chance to sit down with one of the busiest guys in Hollywood, Michael B. Jordan to discuss his involvement with the Call of Duty League that takes place every year. Driving there, I was so fixated on all the questions I had for Jordan in such a short span that I didn’t even realize the magnitude of the Call of Duty League itself.

From post-match interviews to a full March Madness-style bracket, it was clear to me from the start that this thing was no joke. It sunk in even more so when Jordan geared up to take on Todd Gurley in a Hype Battle at the LA Home Series, which was co-hosted by the Los Angeles Guerrillas – owned by LA Rams owner Kroenke Sports & Entertainment – and OpTic Gaming Los Angeles.

Jordan has invested in the New York-based Esports brand Andbox which encompasses the Call of Duty team New York Subliners.

Throughout the interview, you can see he has a clear passion for the game. It wasn’t one of those events that these big names are forced to go to and have no interest in actually being there. It was clear that Jordan was excited not only for the tournament but to simply be in the environment, it had me wishing we had another hour to sit and chat with the guy.

He’s truly a class act that helped lead us to some great content. Be sure to subscribe to The Brilliantly Dumb Show for more week to week madness wherever we may find ourselves next.

The Call of Duty League season will continue online at a yet to be determined date and online competition will be streamed live here.