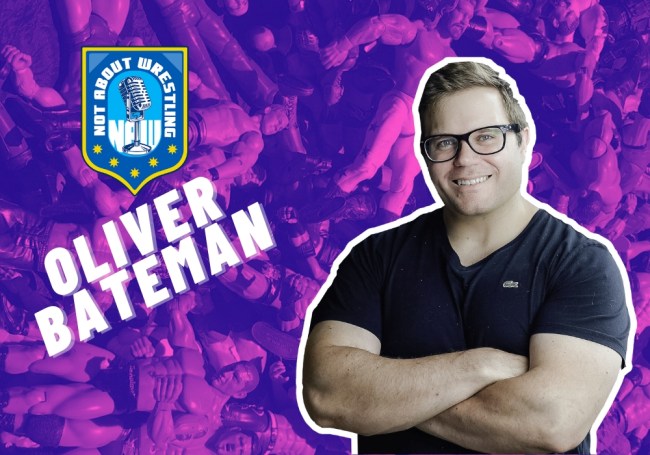 BroBible / Not About Wresting

Oliver has produced content for a wide range of publications, including VICE, Vox, and The Atlantic, as well as wrestling-focused content for The Ringer.

When he’s not covering professional wrestling, Oliver is the co-host of the popular political podcast, “What’s Left?”

In this episode, Oliver and I discuss his early days as a wrestling fan, how he got involved in bodybuilding and powerlifting at a young age, the recent issues with wrestlers threatening to unionize, and his work on a cultural study about the hyper-real male bodies of the 20th century and their effects on the average guy.

Oliver is incredibly articulate and well-read and I really enjoyed talking to him about the long-term mental effect our gassed-up, greased-up wrestling heroes had on men our age.

So let’s jump right in.

Ladies and gentleman, entering the podcast, originally hailing from Scenery Hill, Pennsylvania, this is Oliver Bateman.