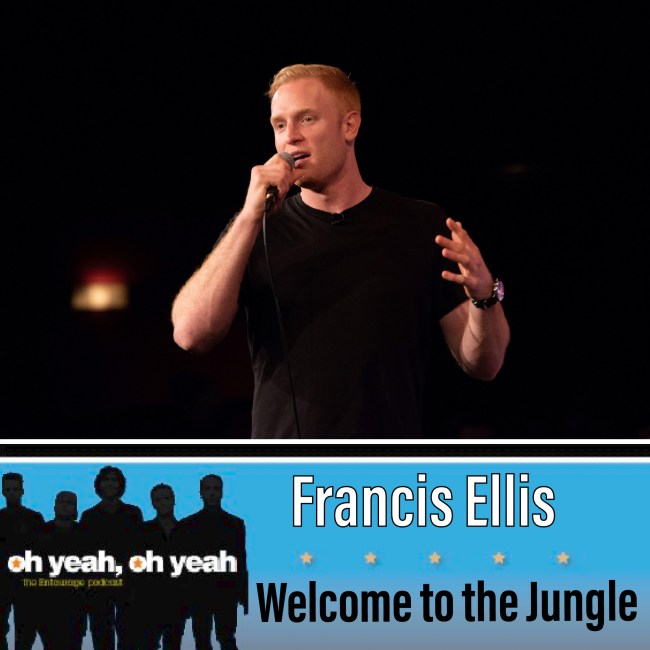 I wouldn’t necessary call myself a television expert, but my first job out of college was as an assistant at FX Networks and I currently host the BroBible Entourage podcast Oh Yeah, Oh Yeah. So you could say television has played a very important role in my adult life.

This week on Oh Yeah, Oh Yeah, newest BroBible member Francis Ellis and I broke down the unique Season 4 Premiere ‘Welcome to the Jungle’. It employs a Christopher Guest “mockumentary ” style in which the main characters are interviewed on camera.

While receiving mixed reviews to the change in format at the time, looking back on the episode 13 years later, Francis and I really got a kick out of it. We also discussed Billy Walsh’s downward spiral in Season 4, the sensitivity of all creative types and the incredible luck the Entourage producers had in casting an unknown Sofia Vergara at the time.

It got me thinking about the other famous TV shows which are formatted in the same way. Below is a ranking of all the other acclaimed “mockumentary” style TV shows…that I’ve seen. I know Trailer Park Boys holds a special place in many hearts, but that’s a bridge that I have yet to cross on his binge viewing journey. So apologies to all TPB fans who feel snubbed.

This show has been on the air for over a decade now, and has probably lost it’s fastball. I’m not certain, but I haven’t watched it in over five years. There was something unnerving about seeing the cute kids turn into awkward young adults. Special shoutout to Sofia Vergara, who made her US television debut in this week’s episode of ‘Entourage’ and now makes $40M a year playing Gloria Delgado.

While I haven’t binged watched the entire show front to back, this was always worth catching a few late night episodes back in high school. Nick Swardson’s Terry, who might not have aged particularly well, still brought the laughs when I was 16.

I wouldn’t necessarily call AV high concept, but there’s no denying how pitch perfect it is in parodying the True Crime documentaries that have exploded all over your Netflix homepage. Former Oh Yeah, Oh Yeah guest Adam Ray stars in Season 2, which debuted just last year.

A show that needs no introduction, it most widely popularized the TV style I’m describing today. While the first four to five seasons were throwing high 90s, as soon as star Steve Carrell left, it took a dip in quality. HOWEVER, I encourage people to go back and rewatch those later two seasons of the show as they still make for a very funny, standalone piece of comedy art.

How did Parks and Rec edge out The Office for the Number One spot? The answer is simple: consistency. Through it’s seven seasons, it only got better. Recalibrating the main characters motives after Season 1 and time jumping for the final seasons were strokes of genius. Plus while The Office had incredible performances for a handful of main characters, Parks and Recreation introduced us to tons of young character actors and comedians, like Ben Schwartz, who not coincidentally was also on Oh Yeah, Oh Yeah last year as well.

We have all sorts of incredible/hilarious guests lined up for Season 4, so don’t hesitate to smash that subscribe button below. Thanks for listening!

Forgot how fun Entourage was. Had a blast discussing the making of Medellin on @OhYeahPod with @JRwilldoit thanks bud! https://t.co/qwurw62Enf