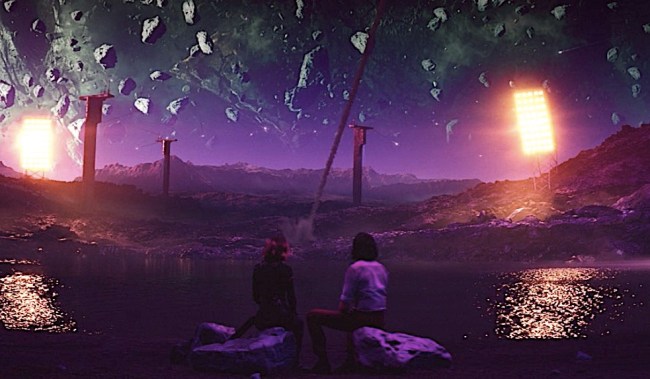 The Marvel Cinematic Universe’s Disney+ era has largely been emblematic of the franchise at large: solid, if perhaps formulaic. For as inventive as WandaVision was in its early stages, the final couple of episodes reverted back to villain reveals, CGI showdowns, and future-film-teasing post-credit scenes. And that’s okay — that’s largely why people enjoy the MCU and how it’s become as world-dominating as it has over the course of the last decade-plus. The same can be said of The Falcon and the Winter Soldier, which peaked as a boundary-pushing story long before its unremarkable yet still inspirational finale.

Loki, and its fourth episode in particular, have been another story entirely, as the combination of quality of actor, investment in the story, and impact on the MCU’s future outweigh anything that’s come before. Tom Hiddleston, if not the best “actor” (a title that likely goes to Paul Bettany) of the Disney+ leads, is certainly the rangiest performer. As such, the audience is not only wholly invested in his fate, but the consequences of the plot in both the micro and the macro, as the series’ endgame will not only come to likely define the character, now one of the longest-tenured having first debuted in 2011’s Thor, but the future of the MCU itself.

But outside of the grander outlook of Loki, what makes “The Nexus Event” uniquely special is the melding of various television themes, beats, and arcs into one fluid tapestry of intellectual and impassioned storytelling.

Warning: spoilers for episode four of Loki, “The Nexus Event”, will follow.

The characters, from our main Loki to the various employees of the TVA, are all on rapid journeys of self-discovery, learning more about themselves and the true nature of the world around them with every passing scene. Not only is Loki now ready and willing to admit that he’s a full-blown narcissist, but he’s doing so as he instinctually, certainly not intentionally, careens towards true heroism, motivated — perhaps for the first time in his life — by the well-being of someone other than himself. That rampant and widespread character development is legitimately propelled forward by the episode’s plot, which is unraveling earned twists wrought with suspense at every turn. From the mystery of the Time Keeper’s and the TVA’s origins to C-20’s company-sponsored execution and B-15’s greater-purpose-serving sacrifice, from Mobius’ final (although hopefully not for long, *fingers crossed*) act of defiance to Loki’s near admission of love for Sylvie: both the emotional beats and the story beats are intrinsically tied together, each operating as one leg of a story that’s found itself in a full-blown spring towards the finish line.

No perfect episode of television is complete with story-altering twists, which is something “The Nexus Event” unleashed in multiversal multitudes as it sets up the final third of the electric first season. Within the course of the 49-minute episode, various TVA agents, including Mobius himself, become self-aware — knowledge they ultimately pay for with their lives, culminating in the distinctly painful death of the inherently decent jet-ski-loving analyst, who’s simply played to delicate perfection by Owen Wilson.

Loki, the MCU’s God of Mischief and Master of Death (since, you know, he’s always dying), also finds himself cruelly “pruned” by episode’s end, albeit not before discovering that the all-powerful, omnipotent Time Keepers are nothing more than cosmic Chuck-E-Cheese animatronic robots. Then, of course, the episode includes one final left turn: a mid-credits scene, the first of the series, that reveals a handful of banished Variant Lokis that seemed primed to stage an uprising that will come to define the fate of the Marvel Cinematic Universe as we know it. By the time the screen cuts to black and the immaculate score kick in, “The Nexus Event” has leveled you emotionally and carried the story forward through its Rising Action to the near top of its Climax, simultaneously paying off and further informing you on what’s come before, while also still leaving you wanting more.

For a while, the primary gripe against the all-conquering MCU is that its villains lacked a certain dynamism. It’s perhaps fitting, then, that the one long thought of as its best bad guy is now the character tasked with redefining what a hero, and what a hero’s story, looks like.

The first four episodes of ‘Loki’ are now streaming on Disney+