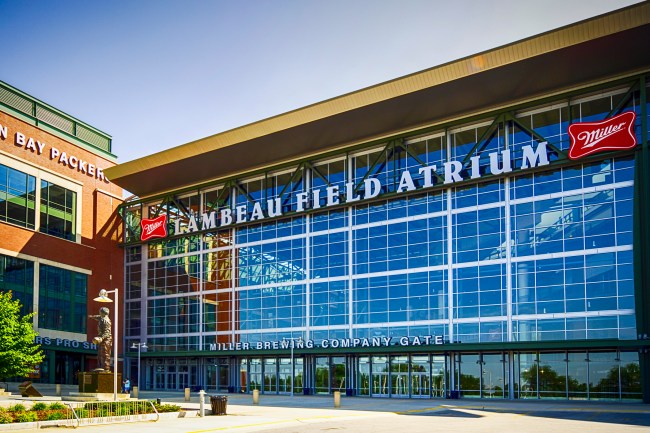 Once again, the NFL has shown that it is not to be trifled with by other pro sports in America after this study showed that the six most passionate fanbases in the USA are all NFL teams with the other leagues competing for the 4 other sports.

One of the fun things about naming ‘the most passionate’ fan bases in sports is it’s something that can be completely subjective or you can use a data-driven approach and actually prove which fanbases are the most passionate. Forbes took the latter approach and metrics including local Neilsen TV ratings, stadium attendance based on capacity (not just ticket sales), merch sales, secondary ticket demand, social media reach, and more.

What they found was a list of the 10 most rabid fanbases in America with the Green Bay Packers fanbase coming in at #1. I’m both not surprised by this at all and still a little shocked that the New England Patriots didn’t come in at #1 but that’s probably just because I’m surrounded by more Pats fans than Packers fans in my life.

Here’s how the Forbes ranking of the 10 most passionate fanbases in America looks from #’s 10 through 1:

The article on Forbes has additional information on each team and explanations of why they were ranked where they were on this list. For instance, the Packers have 137,000+ people on the waiting list for season tickets yet 99% of season ticket holders renew their tickets every year. Or how 75% of ALL OF NEW ORLEANS are Saints fans which is a stat you’d be hard-pressed to find in most major cities across the United States.

You can click here to check out that article in full.