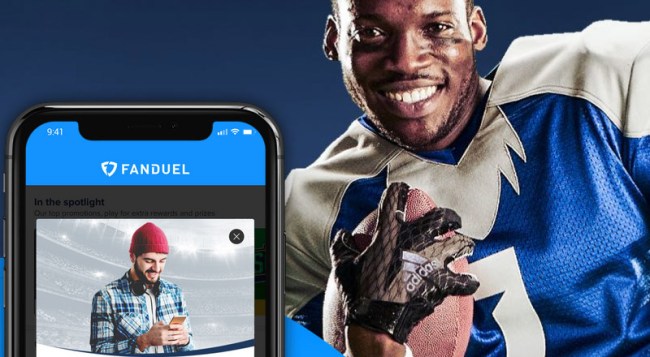 There’s always one guy, isn’t there? The guy who makes a bet and then tries to reneg on it, citing some unusual circumstance in which he doesn’t feel like he should have to pay. Until now, however, we didn’t know that such guys existed in the world of daily fantasy sports. But now? Now we do.

And according to Deadspin, his name is Colin Dew-Becker.

After losing, soundly, by a score of 221.1 points to 96.3 points in an NBA head-to-head contest on FanDuel, Dew-Becker decided that his next course of action would be to file a small claims case under the Illinois Loss Recovery Act, “which provides a cause of action for damages to the loser of certain illegal bets against the winner of the bets.”

Shockingly, the Appellate Court of Illinois, First District, Sixth division, (yes, his case made it that far), agreed with the small claims court’s initial decision that Dew-Becker was simply S.O.L.

Some highlights of the court’s 10-page December 14th opinion…

• “We believe that the dearth of decisions within the past six decades that analyze the Act indicate that its relevance and applicability have dwindled since its inception in the late 1800s.”

• “Certainly, the loser of a wager cannot sue the winner to recover under the Act when the winner’s identity is known only through a screen name. As a result, we find that the Act was not intended to apply to gambling facilitated by a third-party website, such as FanDuel, which allows a person to engage in head-to-head DFS contests with a stranger. Instead, the Act was intended to apply to allow recovery when two people who know one another (or at least are familiar with one another’s identity) engage in illegal gambling.”

Totally the best use of America’s judicial system.