New 127-Pound N.C. State Record Blue Catfish Was Like ‘Pulling A Volkswagen’ Out Of The River 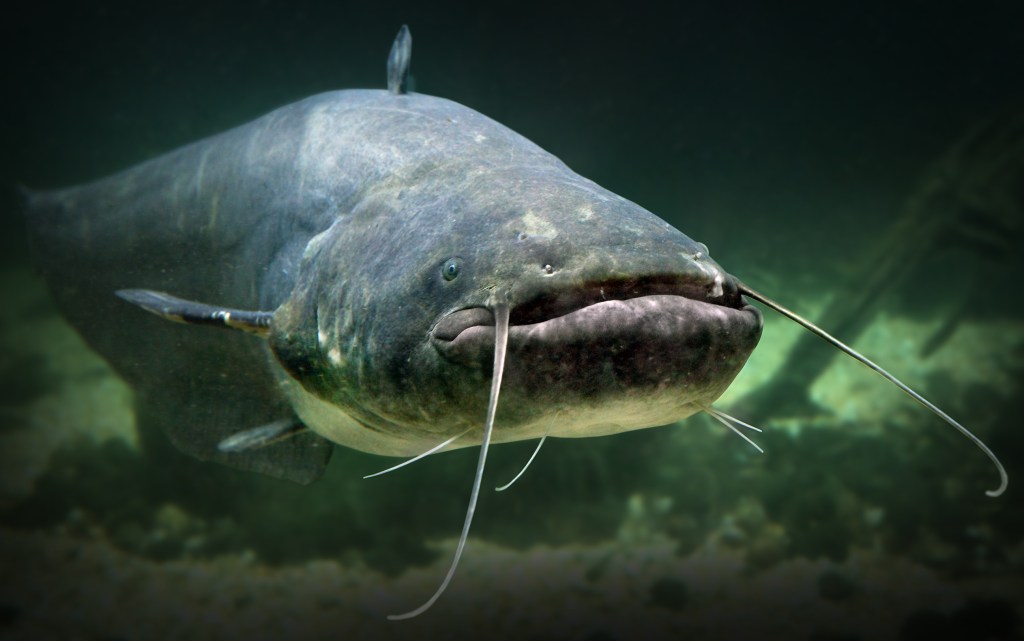 Angler Rocky Baker from Four Oaks, North Carolina just fished his way into the record books. He was catfish fishing the Roanoke River and had caught some massive fish before hauling in the catch of a lifetime.

The day of fishing had already been going great according to a report in Field and Stream. Rocky Baker said they’d already caught a 51-pounder, 40-pounder, and a 30-pounder. That’s a heck of a day on the water right there. If it was me on that boat I’d have been tossing back cold ones like water saying ‘let’s not get greedy here, fellas’ and I likely would’ve missed out on the fish of a lifetime.

When the 127-pound Blue Catfish hit the rod completely doubled over. From there he settled into a 20-to-30 minute battle while they were anchored up “between a couple of trash piles”. That’s not exactly the type of fishing I’m sued to in Florida but it sounds awesome.

Look at this BEAST of a fish:

His personal best Blue Catfish at that same spot prior to this new North Carolina state record was an 80-pounder which explains why he thought he was “was pulling a Volkswagen up the river” while fighting this fish.

This catfish was so large they were legitimately stunned and joked about not knowing what it was and started referring to it as a dinosaur. Once the initial amazement subsided it came time to weigh the fish but their scale on the boat maxed out at 110-pounds. They needed help.

So the boys fired up the boat and rode to meet a friend with a livewell. From there they were able to transport the record fish to E-Z Bait and Tackle with a certified scale. Once they weighed it the ‘dinosaur’ tipped the scales at 127.1 pounds. The previous North Carolina fishing record for Blue Catfish was a 121-pounder caught out of Lake Gaston.

This 127-Pound “Dinosaur” Blue Catfish is a New State Record in North Carolinahttps://t.co/jhOHS5TzGL

For anyone out there thinking about how it’s a shame to remove a huge fish like that from the river, this story has a good ending. Baker and his crew are committed catch-and-release anglers. After they weighed, measured, and certified the Blue Catfish they released it alive back into the Roanoke River.

They told Field and Stream they’d toss back a 1-pounder or a 50-pounder, it doesn’t matter. It’s all about the sport and getting the fish back into the water alive.

The all-tackle IGFA Rod and Reel record for Blue Catfish is a 64.86 kg (143 lb 0 oz) fish. That Blue Cat was caught by angler Richard Nicholas Anderson while fishing Kerr Lake, Buggs Island, Virginia back in 2011.