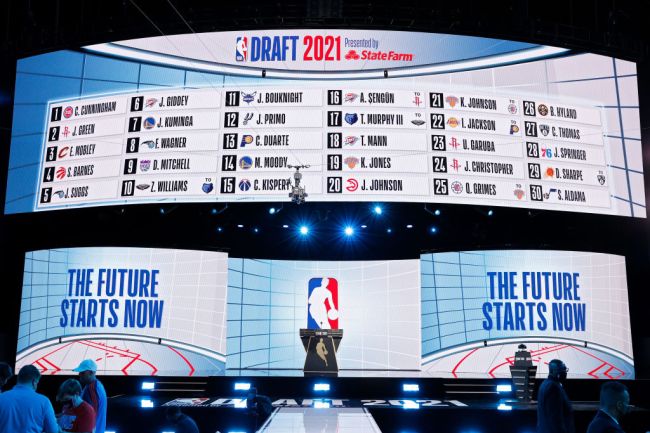 With only 4 teams remaining in this year’s NCAA Tournament, we have reached the point in the year where teams begin to learn the extent of the changes they will undergo heading into next season.

Coaches have started finding new schools to lead. Over 1000 players have already entered the transfer portal. Now, we are starting to see some of the biggest names in college basketball begin to head for the NBA Draft.

Today, two of the biggest names in the Big 10 declared for the NBA Draft, where they are both projected to picked in the top 10.

First, Jaden Ivey posted an announcement that he would be declaring for the draft.

That was followed shortly after by recent conference rival, Johnny Davis, posting a pair of tweets to announce his own decision to enter the draft.

Very excited for the next chapter in my life. Forever a Badger. #OnWisconsin pic.twitter.com/fBekmYnrYj

“I am extremely excited to have the opportunity to pursue a lifelong dream and will be declaring for the 2022 NBA Draft.” pic.twitter.com/65Bcb0QfYJ

Ivey averaged 17.3 points, 4.9 rebounds, and 3.1 assists as he led the Purdue Boilermakers to a 3-seed in the NCAA Tournament and a spot in the Sweet Sixteen before they were upset by Saint Peter’s. Ivey is among a group of players currently viewed as a candidate for the NBA Draft’s top pick and is just about guaranteed to go in the top 5.

Davis was second in the conference in scoring, averaging 19.7 points per game. He also added 8.2 rebounds and 2.1 assists per game. He also led Wisconsin to a 3-seed, but they were upset by Iowa State in the second round of the tournament. He has been projected as a top 10 pick in the draft.

The Big 10 is going to look much different next season.