2 Coaches Advance To Final Round Of Los Angeles Lakers Interviews 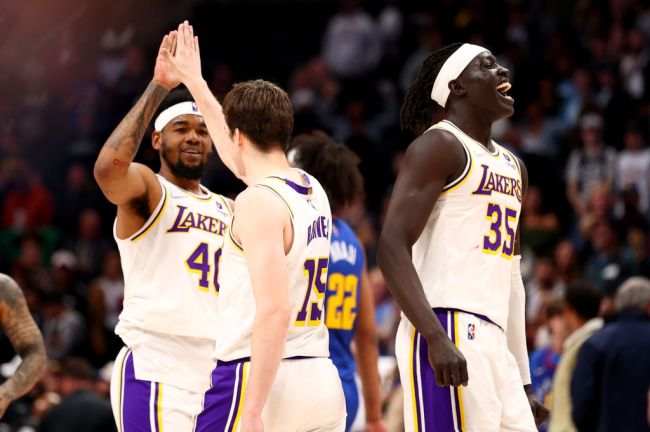 When the Los Angeles Lakers missed the NBA Playoffs, they were quick to fire head coach Frank Vogel, but didn’t bother to tell Vogel before the news leaked. That left them a little bit shorter than expected on candidates to become their next head coach.

Still, they have been linked to a number of options with varying degrees of believability. While the Lakers have struggled to turn some of those rumors into reality, it seems they are now getting closer to finding their next head coach.

According to Adrian Wojnarowski, the Lakers have 2 candidates who have advanced to the final round of interviews. Those candidates are former Portland Trailblazers coach Terry Stotts and Milwaukee Bucks assistant coach Darvin Ham.

Stotts has a lengthy head coaching history that has seen him lead the Atlanta Hawks and Milwaukee Bucks before his lengthy stint with the Blazers. He led the Blazers to 8 consecutive playoff appearances, including one run to the Western Conference finals. While he’s never made it beyond that point as a head coach, he did win a ring as an assistant for the Mavericks.

Ham has never been an NBA head coach, but he has been working in coaching since 2008. He did spend a season as the head coach of the G-League’s New Mexico Thunderbirds (now the Cleveland Charge), but that season didn’t go well with the Thunderbirds finishing the season 20-30. However, Ham also has a ring as an assistant and has spent time with the Lakers.

The championship experience of either of these coaches might be exactly whaat the Lakers are looking for as they try to turn things around after this year’s disappointment.