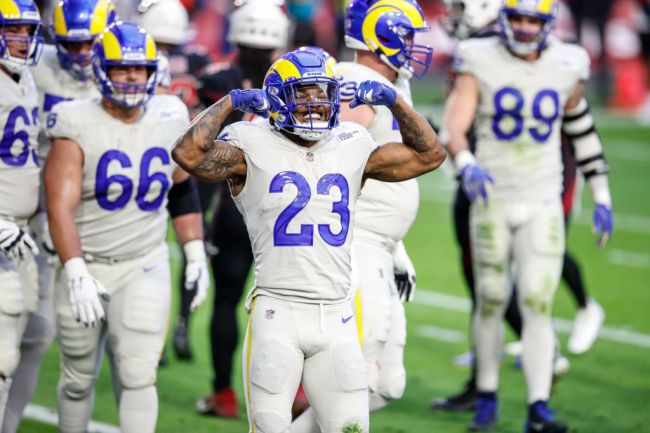 Here we are, the fantasy football playoffs. All the weeks of putting in waiver claims, praying you had the higher priority, over-spending of FAAB, hoping you get someone that will make an impact the rest of the year, it has now come down to this week. I hope you’re gearing up for a first-round matchup. Maybe you need that one piece that will take you all the way. Here are some players to look to add this week.

Frank Gore left last week’s game early with a concussion and Johnson was thrown right into the starter role. He took advantage and came through with 103 rushing yards and a touchdown. The Jets average over 23.3 touches per-game, meaning with no Gore, Johnson could get plenty of opportunities in the upcoming weeks.

McKissic hasn’t played well over the last couple of weeks so he could have recently dropped in your league. Antonio Gibson left the game last week with a toe injury and McKissic was the next man up. Like what was seen previously, he was used heavily in the passing game and had 10+ targets for the third time in five games. McKissic is the first priority to handcuff Gibson if he misses time, Peyton Barber could possibly have some value as he got 14 carries in that game as well.

Is it 2014? Iggy Azalea blew up “Fancy” that year, what happened to her? Hilton has struggled the last couple of years without Andrew Luck, in fact, this was his first 100-yard receiving game since Week 16 in 2018. As the Colts are getting better in the passing game, Hilton is getting more valuable including back-to-back gets with a touchdown.

You know all the old man Frank Gore comments I’ve made this year? Swap Gore out for Peterson and it applies. The 124-year-old ageless Peterson is still getting it done. With D’Andre Swift out, Peterson has seen the end zone four times in the last two games. He faces the Packers and Titans who are in the top 10 for most rushing touchdowns allowed. He could be a strong flex option as the lead back in Detroit.

I listed Coutee as a start this past week, and he was a smash. With Will Fuller suspended for the rest of the season, Bradin Cooks will move to the number one role, and Coutee looks like the number two. Coutee tied Cooks with eight targets but more than doubled his production with 141 yards last week. Coutee can be a valuable WR2 during your playoff run.

Is this finally happening? Is Cam Akers the lead back for the Los Angeles Rams? Akers was put into workhorse mode against Arizona with 22 touches and a touchdown. Sean McVay has been tough to figure out with his running game, but Akers has been getting an increased role and is playing really well.

I’ve mentioned Patrick several times here, but he’s still owned in less than a quarter of leagues so he could be available. He’s been the only consistent player on this Broncos offense with double-digit PPR points in all but one game since Week 3 (we’re not counting the game against New Orleans, let’s pretend it never happened).

With Jonnu Smith out, Firkser saw seven targets a week ago. He’s previously done well replacing an injured Smith, if he misses another week, Firkser could be a streaming option.

It seems like Rivers has all of the sudden flipped a switch, or maybe he’s excited because his wife said she wants a tenth kid. Rivers has been a must-start in fantasy with three-straight games of over 18 fantasy points. He has a couple of good matchups the next couple of weeks against Las Vegas and Houston again. If your current quarterback is struggling or you’re looking for a super flex, let the Rivers flow.