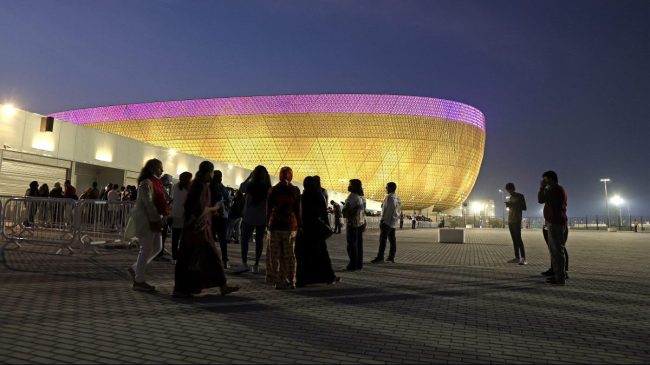 Consumption of alcohol in the Middle Eastern country of Qatar is strictly limited.

According to the website Doha Guides, “Consumption of alcohol bought from authorized suppliers is legal in Qatar, but here is the catch: drinking in public is strictly prohibited and punishable by law. It is legally allowed for tourists and non-Muslim residents to drink in private as long as they do not get intoxicated and create a nuisance for others”

That becomes a problem when you consider that the country is set to host the 2022 FIFA World Cup in November. But apparently that problem has now been solved.

Budweiser is one of FIFA’s largest World Cup sponsors. So not having beer sales at the upcoming tournament is a massive issue.

However, Qatari laws are what they are. Until they aren’t.

The Associated Press reported Saturday morning that pressure from FIFA led local lawmakers to “pass a special bill exempting the tournament from from a ban on selling alcohol at stadiums.

Organizers of the World Cup in Qatar have finalized a policy to serve beer with alcohol to soccer fans at stadiums and fan zones in the Muslim-majority country.

FIFA said Saturday fans will be allowed to buy Budweiser beer with alcohol within the eight stadium compounds — though not at concourse concession stands — before and after games, and during evenings only at the official “Fan Festival.” That is being held in a downtown Doha park.

The new law still restricts where fans can drink. And Qatar still figures to be a unique World Cup experience. The event has already moved from it’s traditional summer slot into late autumn. That’s due in large part that summer temperatures that exceed 120 degree in Qatar.

Qatar beat out four other bids to win the 2022 World Cup. The United States was one of those bids. Instead, the US is set to host the 2026 event. They join the Mexico and Canada as hosts of that event.