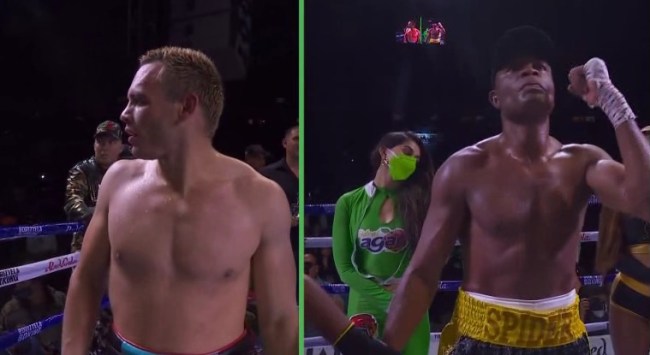 46-year-old former UFC fighter Anderson Silva made his way to the boxing ring to face Julio Cesar Chavez Jr. in Mexico and won while impressing many watching at home.

For 8 rounds Silva pretty much dominated his fight against Chavez Jr. and even clowned the former boxing champ in vintage Anderson Silva fashion.

Anderson Silva clowns Julio Cesar Chavez Jr, puts his hands down and yells at Chavez to punch him pic.twitter.com/ZgURJrWoEe

.@SpiderAnderson landing a BEAUTIFUL uppercut in round 4 on Chavez Jr.

How do you have it scored?#TributeToTheKings

• Chavez Jr only averaged 19 thrown punches per round pic.twitter.com/5lZuAMZFYB

It was clear that Silva won most of the fight against a lethargic Chavez Jr but one judge somehow gave JCC the win on his scorecard. Thankfully the two other judges got the scores right and Silva was awarded the victory.

Make no mistake, that was no split decision. Anderson won that fight by a wide margin but judges gonna judge#TributetotheKings

Silva 100% won that fight. You could make a case for 78-74, too. I was afraid they were about to screw but alas they didn’t. Great scene afterwards. He is overjoyed.

Another win in the ring for Anderson Silva 🕷🥊

After the fight, Silva said that he was going to go home and talk to his team about his future in boxing but it’s pretty clear that Silva can hang with a lot of people in the ring after his impressive showing against Chavez Jr.