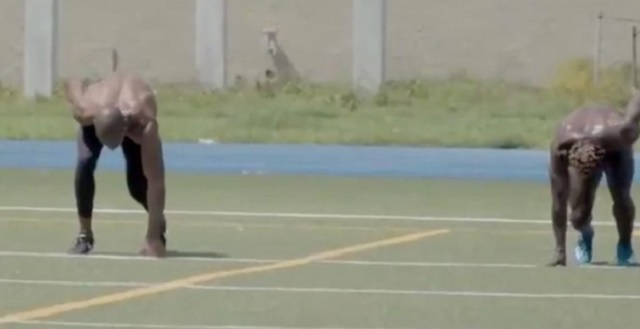 Terrell Owens is 46-years-old and hasn’t played pro football in 8 years but he’s still in pretty damn good shape for his age.

Earlier this week, Chiefs’ Tyreek Hill, who has been working out with Owens, said that he believed T.O. is currently faster than many wide receivers in the NFL despite his age.

I will say TO faster than some these wideouts in the league , but y’all ain’t ready for that discussion 😌

On Tuesday, Owens made Hill look smart when he was filmed running a 4.42 in a 40-yard dash race.

The Internet was impressed with T.O. 40-yard dash and are now agreeing with Hill’s assessment about Owens running faster than many in the league.

I legit believe @terrellowens could still play in the NFL. He’s damn near 50 running a 4.4-4.5. Still ripped. Just absurd.

Yeah, @cheetah fast but let's talk about @terrellowens for a second! Dude is in his 40s and was right there with em! Someone get him on a team! He could still do damage in the slot!

I will never understand why a team didn’t sign @terrellowens https://t.co/LBkApCpAnp

Terrell needs to come out of retirement and help the Lions this year!! @terrellowens ….. how about it??? https://t.co/cP5agmVWed