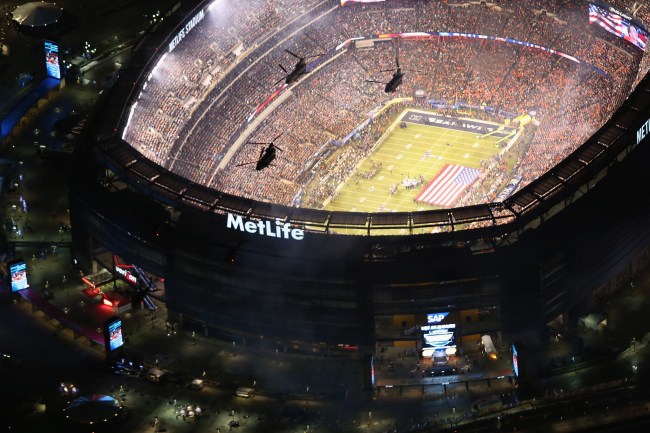 There’s an issue that has been building in the state of New Jersey for a long time. The residents of the state don’t appreciate the lack of acknowledgement from their local teams. For years, the New York Jets and New York Giants have neglected the fact that they reside in New Jersey.

To be exact, their current home and their previous home have both resided in East Rutherford, New Jersey. Even the New York Red Bulls don’t acknowledge their New Jersey heritage. Throw in Cardi B lying about her New Jersey home being in New York, and it’s a rough life for the Garden State.

As a New Jersey native, I get not wanting to admit it’s where you’re from. Still, it makes sense for residents of the Garden State to be able to lay claim to one of the few things it can brag about (I’m definitely not talking about the Jets).

Surprisingly, it was a New Yorker that New Jersey’s American football representatives needed to be worried about. It is this New Yorkers who has chosen to file a class-action lawsuit worth $6 billion because of the football teams’ misleading names.

A lawsuit has been filed against the New York Giants and Jets on the basis that NFL fans have been damaged by the use of "New York" even those the teams play in New Jersey.

A lawyer actually drafted and signed his name on this Complaint.https://t.co/Eq8qZE3RVj pic.twitter.com/q0PSH7SSgA

The lawsuit is seeking $2 billion in monetary damages and $4 billion in punitive damages. The suit claims that the teams have participated in false advertising and deceptive practices.

It also claims fans living in New York have suffered “mental and emotional damage, including depression, sadness and anxiety” because of the actions of the teams. The plaintiff, Abdiell Suero, has also made one clear demand.

“If the Giants and Jets want to call themselves New York teams, they need to come back to New York.” He also went on to complain about the commute to MetLife Stadium, which is a laughable complaint when the alternative is doing literally anything in New York.

The Jets and Giants both previously played in New York before moving to Giants Stadium. The Giants played at Yankee Stadium in the Bronx, while the Jets called Queens home at Shea Stadium.

It seems unlikely that anything will come of this lawsuit, but it should be entertaining to watch it play out.