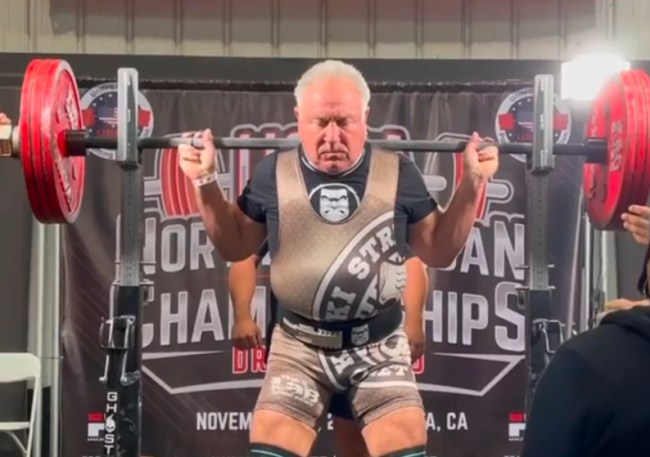 Rudy Kadlub is a badass grandpa.

According to the International Powerlifting League, the total weight lifted of 1,251 pounds earned Kadlub another world record.

Kadlub posted one of his lifts to Instagram, captioning the video:

Kadlub only started competitive powerlifting 16 years ago and has since set more than 20 world records in his weight class.

And just to hammer home the fact that Rudy is a bad ass, check him out celebrating his 71st birthday with “whiskey and weights.”