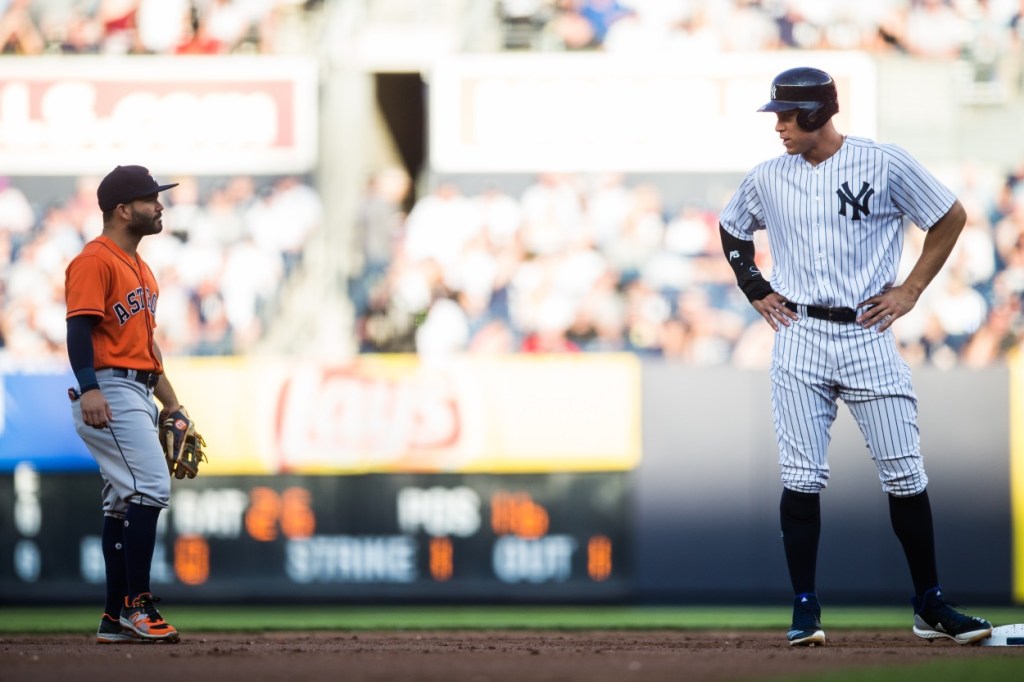 New York Yankees outfielder Aaron Judge joined Joe La Puma on the latest episode of Sneaker Shopping. I didn’t know this until today, but Aaron wears a size 17 shoe which puts him in rarefied company.

Shopping for any sneakers over size 13 can be a massive pain. Most stores don’t stock these shoes and some brands don’t even bother making shoes in sizes so large that people rarely buy them.

Joe La Puma asked Aaron Judge what it was like growing up and trying to buy enormous sneakers when he wore a size 17 shoe. Judge was already a size 17 by his sophomore year of high school and discussed how he was never able to shop for shoes like his friends did. Here’s the video below along with the quotes from Aaron Judge underneath.

Aaron Judge: “Man I shouldn’t be complaining after you named those sizes… It was tough… You know I was a (size) 17 probably by the time I was a sophomore in high school which made it tough.

It’s kind of funny, growing up you’d get one pair of shoes for the year. That’s what you’d wear to school. So I’d pick out the shoes I wanted, Jordans / Nikes, something… All of a sudden it’d be like halfway through the school year and I’d be like ‘mom, my feet are killing me. We gotta go up a size.’ And she’d say ‘nah, you’re not growing that fast.’

But it wasn’t until I got to high school that I was a size 17. It made it tough going to the mall. You’re picking out some shoes, all your boys are picking like ‘I’m gonna get these ones, I’m gonna get the 11s this and that.’ And I’m like ‘what’s the biggest size you got? 14? Alright, I’ll catch you outside.'”

Joe La Puma: “It’s crazy ’cause I used to work at a sneaker store and I don’t remember a size 17 coming in at all. So yeah, it must’ve been tough.”

Aaron Judge: “All online. You just order it online, pick it up…”

You can check out the full episode of Sneaker Shopping above by hitting the play button above the quotes.

Aaron Judge was later asked about his custom cleats and he discussed wanting to grow the game. How as a kid he could go to a basketball game and see Kobe wearing sneakers then go buy those to wear to school and how that doesn’t really exist with baseball right now.

It would be cool to see some sneaker company figure that out and make a pair of baseball cleats that translated to street shoes. Aaron said he’s “been trying to talk to some people about for a long time.” He goes on to name a few MLB stars as examples of where sneakers could take off in the MLB fanbase.

At the end of the episode, Judge spends $4,832 on Nike sneakers. It is interesting that they were able to find his size 17s just sitting in the back at Stadium Goods…