Aaron Judge’s Girlfriend Pleads With Cops On Arrest Video: ‘Do You Know Who My Boyfriend Is?’ 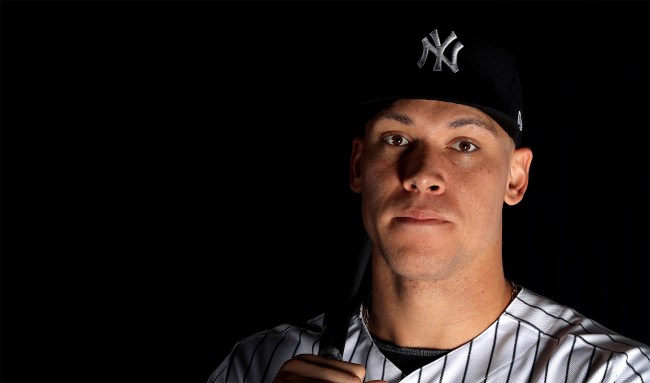 Back in February, the girlfriend of star Yankees outfielder Aaron Judge, Samantha Bracksieck, was arrested by Scottsdale, Arizona police on five charges including “extreme DUI” – having a BAC of .15 to .19.

Bracksieck was pulled over around midnight by police when they noticed she was driving without her headlights turned on.

TMZ Sports reports police administered a field sobriety test and gave her a breathalyzer where she allegedly blew a .12.

After being taken back to the station, the 26-year-old Bracksieck, who claimed she only had two “regular size” glasses of wine that night, she took two more breathalyzer tests and blew a .169 and .181.

All the while, Bracksieck was pleading with the police not to arrest her because her boyfriend is Aaron Judge.

Of course it was all caught on video, but first, here’s a transcript of the encounter.

Bracksieck: “Do you understand what you are doing right now? … I just need to get home. … Do you know who my boyfriend is? This is going to be bad for me. I’m just saying that right now.”

Police: “Well, to be fair, I’m not trying to be mean or rude or anything like that.”

Bracksieck: “I’m literally a couple of miles away from home.”

Police: “It’s a ways up there. … And you’re pretty intoxicated.”

Police: “Based on what we saw, we don’t believe that you are.”

Police then handcuffed her and took her to the car where the conversation continued.

Bracksieck: “So me being arrested for having two glasses of wine is not okay. Oh, f**k.

Police: “Samantha, here’s what you have to understand is you’re not a bad person.”

Bracksieck: “I know I’m not a bad person. You don’t understand. You don’t know who my boyfriend is.”

Police: “You’re absolutely right I have no idea who he is.”

Bracksieck: “This is going to be so bad.”

Police: “But what you also have to understand this is not going to directly affect him.”

Bracksieck: “But it’s going to affect me. I’m going to get harassed for it.”

Police: “If you get harassed for it then that would be… that would be against the law for someone to harass you for something like this so…”

Bracksieck: “You don’t get it. Do you understand New York media?”

Police: “I don’t know what New York media is. No.”

Bracksieck: “Exactly, then you don’t understand.”

Police: “What is New York media?”

Bracksieck: “What do you mean, what is New York media?”

Bracksieck: “Media in the sense of New York. My boyfriend is in the spotlight of New York media in general, and now here I am in cuffs in Scottsdale, Arizona. That is not good.”

Police: “What does he do? Does he own a company?”

Bracksieck: “He plays baseball for the Yankees so this is not good.”

Police: “Who is your boyfriend?”

Bracksieck: “Aaron Judge. This is so bad.”