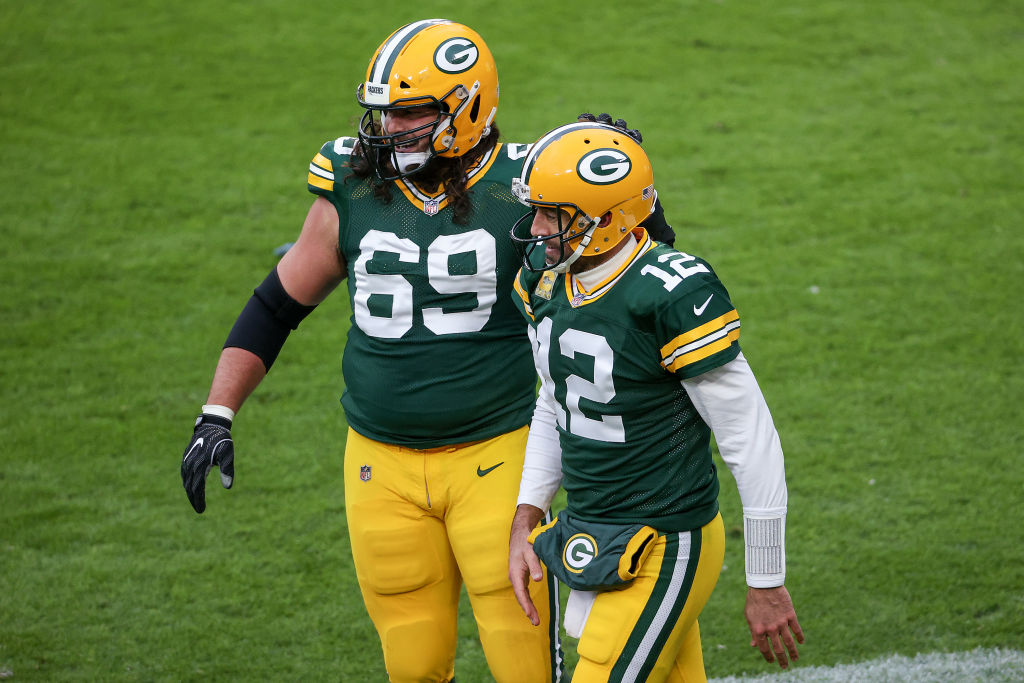 Aaron Rodgers is the proud owner of a new custom ‘Vanquish’ golf cart that was hand-assembled overseas (if you believe that). The Green Bay Packers quarterback was gifted this glorious golf cart from his offensive tackle, David Bakhtiari.

We’ve already got pics and video of the custom ride. The way Rodgers tells it, this is the first time in history that David Bakhtiari ever gave him a present. Historically, the quarterback gifts his offensive linemen presents for ensuring QB1 doesn’t get snapped in half on a tackle so I don’t find it all that surprising.

It is clear that a lot of thought went into this impressive gift. Check it out:

When did people stop using steering wheel covers? I don’t think I’ve seen one on the road since childhood.

Make sure to take note of the ‘MVP’ placards down by Aaron’s feet and of course, soak in the glorious ‘LUVN69’ license plate for his sweet ride. David’s number is #69 by the way, so get your head out of the gutter.

David Bakhtiari is a wealthy man. He’s not rich, he’s legitimately wealthy after signing a 4-year contract for $92,000,000 with a $30,000,000 signing bonus. So don’t be wowed by the fact that he gifted his quarterback a gift that cost a few thousand dollars (maybe $20K at most?).

Now, you’ll have to indulge me for a moment but I have to get this off my chest: I only just now, in this moment, ever took notice of the fact that Aaron Rodgers and Tom Brady have the same number. ‘TB12’ is so easy to remember! Did Aaron Rodgers just never bother branding his number with his name because Tom already owned the number 12?

For what it’s worth, I live in Florida and I’m a born-and-raised Tampa Bay Buccaneers fan. My team has pretty much been garbage for most of Aaron’s career so it’s not as if I was ever watching him closely as a rival.

Anyway, this golf cart is sick and I’m jealous. I live in a neighborhood where pretty much everyone has a custom golf cart and I really need to up my game to this level.