Aaron Rodgers, Dressed As John Wick, Was Unexpectedly In His Element Vibing Out To Pooh Shiesty 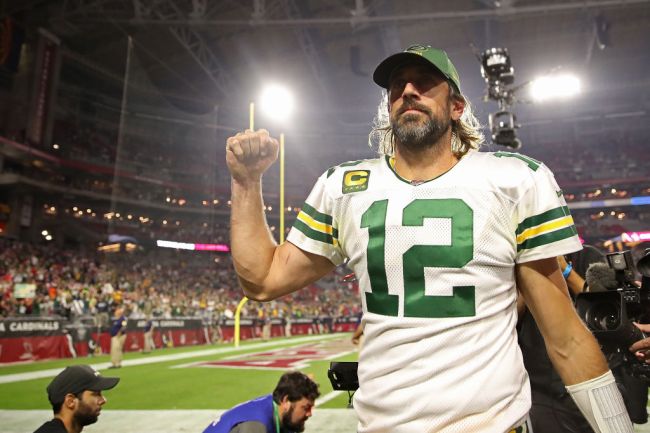 Aaron Rodgers was among the real winners of Halloween. The 37-year-old Packers quarterback committed to his costume nearly a year ago — which is some serious dedication — and executed perfectly.

He told Pat McAfee a few months back that his costume was to be a “hero of his who has longish hair” and revealed on Saturday that he was going as John Wick.

Green Bay played its Week 8 game against Arizona on Thursday and won, so the team had a few days to enjoy the holiday and the All Hallow’s Eve celebration came with no reservations. A video of the team party emerged on social media on Sunday night and it looked like they really went all-out.

In the Instagram story, posted by veteran tight end Marcedes Lewis, the players appear to be in some sort of event space with a DJ. At the forefront is Rodgers, with drink in hand.

He is absolutely vibing out to Pooh Shiesty’s song ‘Twerksum.’

For Rodgers to be dancing to the Memphis rapper is rather unexpected, but it makes for a tremendous pairing with his costume. One part of the song features two sets of three gunshots.

Rodgers, dressed as Wick, pulls out his prop gun and unloads a few caps along to the song. He looks so happy.

While the video makes for a rather odd pairing, Rodgers appears to be in his element. He will have to get back to work to prepare for the Chiefs this week, but he could not have seemed more excited about enjoying his costume, like a kid who dressed up as his hero to go trick or treating.