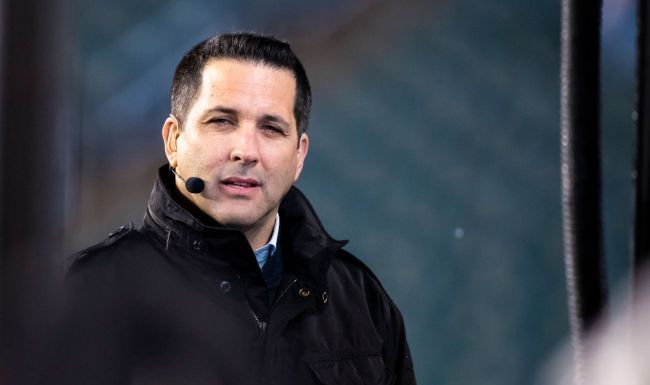 ESPN NFL reporter Adam Schefter has issued an apology to the late Dwayne Haskins for the way in which he reported on his tragic death on Saturday, April 9. In a since-deleted tweet announcing Haskins’ death, Schefter said that Haskins, 24, was “struggling to catch with Washington and Pittsburgh in the NFL.”

“Dwayne Haskins, a standout at Ohio State before struggling to catch on with Washington and Pittsburgh in the NFL, died this morning when he got hit by a car in South Florida, per his agent Cedric Saunders. Haskins would have turned 25 years old on May 3,” Schefter said in the now-deleted tweet.

On Monday, April 11, Schefter — who was widely ripped by the NFL world for the manner in which he reported on Haskins’ death — issued an apology and paid tribute to the late quarterback on The Adam Schefter Podcast.

An apology and a tribute to Dwayne Haskins. pic.twitter.com/QxjShC4ZYu

“I am devastated and at a loss for words with the unfortunate passing of Dwayne Haskins. He quickly became part of our Steelers family upon his arrival in Pittsburgh and was one of our hardest workers, both on the field and in our community. Dwayne was a great teammate, but even more so a tremendous friend to so many. I am truly heartbroken. Our thoughts and prayers are with his wife, Kalabrya, and his entire family during this difficult time.”

Our thoughts are with Haskins’ friends, family, and loved ones during this difficult time. May he rest in peace.