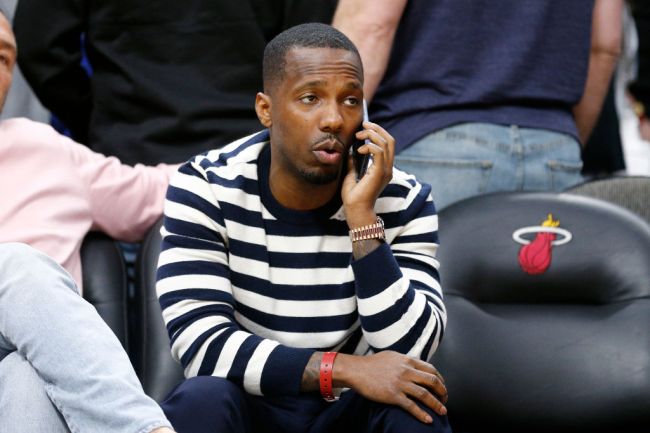 NBA super-agent Rich Paul is exerting his power against the Philadelphia 76ers and some felt like he may have gone too far.

On Tuesday it was reported that Ben Simmons had told the Sixers that he wanted out of Philly and is pushing for a trade before the start of the season.

Sources: Ben Simmons tells team brass he no longer wants to be a Sixer https://t.co/17X1XfkzZO via @phillyinquirer

In a meeting with 76ers brass last week in Los Angeles, Simmons told team co-managing partner Josh Harris, president of basketball operations Daryl Morey, general manager Elton Brand, and coach Doc Rivers that he no longer wants to remain a Sixer, according to multiple sources.Sources said the three-time All-Star also does not intend to report to training camp

Apparently, Paul not only wants Simmons out of Philly but he’s also pushing for his other client Tyrese Maxey to be traded by the team as well according to NBA insider Jason Dumas.

Source: There’s a high chance that Tyrese Maxey will be a part of any Ben Simmons trade.

Rich Paul would like both of his clients out of Philadelphia.

Dumas goes on to report that Paul told Maxey to back out of local charity events because he didn’t want him to get too attached to Philadelphia in the event that he gets traded.

Source: There’s a high chance that Tyrese Maxey will be a part of any Ben Simmons trade.

Rich Paul would like both of his clients out of Philadelphia.

Paul immediately received criticism from NBA fans for telling Maxey to not work with local Philadelphia charities amid trade rumors.

Stopping Maxey from helping local charities at a time like this is beyond disgusting @RichPaul4 & @KlutchSports. https://t.co/8UEDq30L51

Moving Ben is one thing but Rich Paul leveraging Tyrese Maxey, a bystander, by canceling his CHARITY events and forcing a trade from Philly for him too is absolute insanity. This isn’t Maxey’s decision in the slightest. No second year player has ever demanded a trade. Go Nerlens

Absolutely no reason for charities to suffer because of Simmons’ and Paul’s ego.

I understand agents have a lot of power. But the check on that power is the players themselves — what they want.

Maxey is about to inherit a huge role on a good team. If his agent is trying to get him traded to exact revenge…he should get a new agent. https://t.co/Uo97L37Qtu