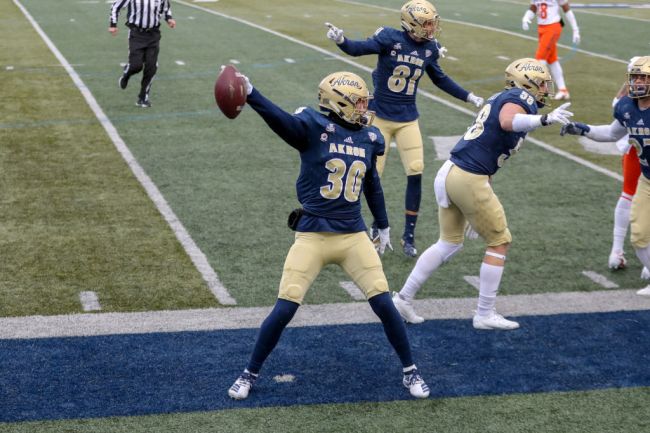 Arth took over prior to the 2019 season and went winless in his first year. Nobody likes to lose, and getting up for a game every week only to get punched in the throat must be brutal. To put the losing streak into context, it was 770 days, 110 weeks, and 25 months from the Zips’ took down the Central Michigan Chippewas 17-10 more than two years ago.

It was a confident win in the Rubber Capital of the World as Akron took a lead in the second quarter and never looked back. Bowling Green truly terrible and may be destined for a losing streak of their own, but a win is a win is a win. And to make it that much more fun, it went down in a pretty heavy snowfall for much of the second half.

As of the Akron/BGSU game couldn't be any more absurd, it's now snowing hard to start the second half. pic.twitter.com/yPfcMEeRDv

With the streak broken in Ohio, the title of college football’s biggest loser is awarded to Kansas and New Mexico. Both teams claim 14 straight losses. Northwestern claims the longest losing streak in FBS history at 34 games from 1979-1982