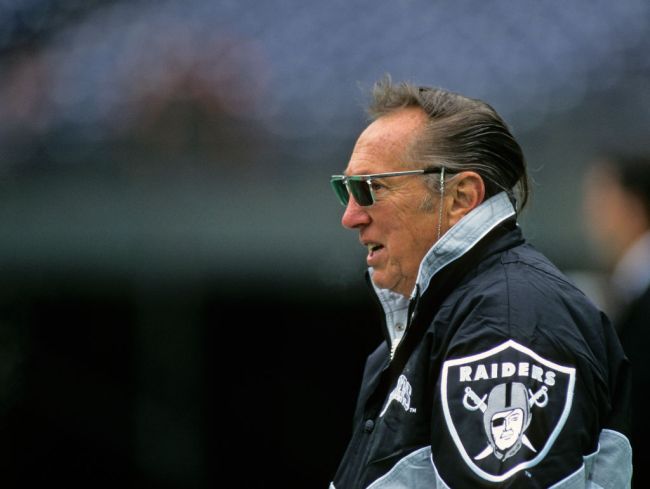 Today is May the 4th, also known as Star Wars day, because you can say “May the 4th be with you.” Get it? Yes? Well, Al Davis probably didn’t.

The late Raiders owner was a controversial figure to some extent, but no matter how you feel about him, he was a character and always said what was on his mind. That notion was especially true on one particular day in 2004. Amy Trask was the team CEO from 1997-2013 and has shared a story on May 4th over the past few years that has never failed to provide a laugh. It also gives some pretty great insight into who Davis was.

As she tells it, Oakland had entered into a sponsorship agreement with Star Wars for a game and all of the characters were in attendance— R2D2, Princess Leia, C3PO, everybody. Davis loved to watch both teams warmup on the field in pregame to get some scouting in and the executives who were a part of the deal were on the sideline just a few feet away. Trask walked up to Davis and interrupted him with a request— something he did not like. She explained the partnership to him and asked him to say hi to Darth Vader.

Davis, with a look that Trask says makes her smile when she thinks about it, responded, “who the fuck is Darth Vader?”

People have since questioned how it was possible that anybody didn’t know who the masked antagonist was in 2004, but Trask remains adamant that the look on his face made it clear that Davis didn’t have the slightest clue as to who Darth Vader was. The moment made for an incredible photo where the late Maverick, as he is known by other NFL owners, looks baffled by the Star Wars villain in front of him.

My annual May 4th post – a transcript of my conversation with Al:

Amy: I need you to greet Darth Vader;

(But he did it for me anyway.) pic.twitter.com/YhlEJqbDZY

You can here Trask tell the story in her own words on the Rich Eisen Show a few years ago: