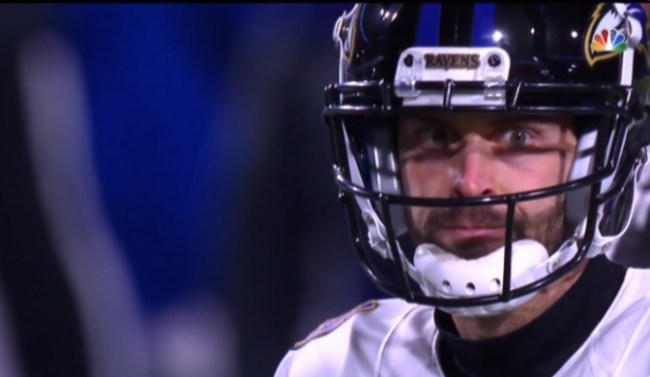 Justin Tucker is one of the best kickers in the NFL but he was no match for the Al Michaels jinx on Saturday night.

During the Bills-Ravens, Michaels remarked that Tucker “almost ever misses” seconds before Tucker kicked the ball off the upright.

And that's a doink. pic.twitter.com/wB7E6Jgeez

Tucker went on to miss a second field goal after Michaels promised not to put another kibosh on him.

Ravens fans at home immediately blamed Michaels for both misses.

Al michaels hit him with a classic jinx