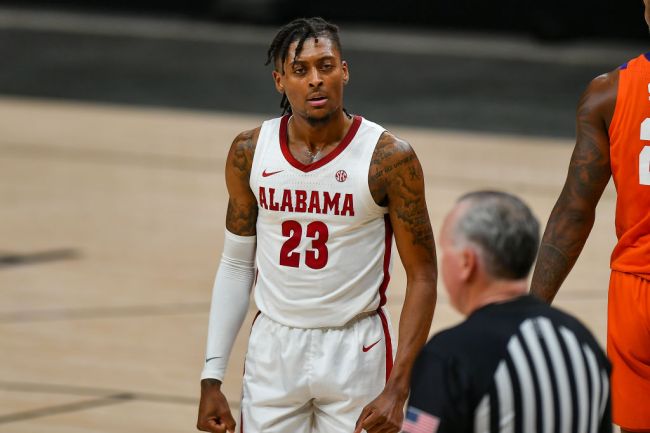 Alabama basketball is having a stellar season sitting at 16-5 on the year while holding down the No. 11 spot in the latest AP Poll. It doesn’t seem all that fair that Alabama can have one of the best basketball teams in the country the same year it dominated its way to yet another national championship on the football field, but hey, life isn’t fair.

One Alabama fan by the name of Michael Wendel isn’t completely sold on how good this team is, however. Following the Tide’s 68-65 loss to Missouri this past weekend, Wendel was so disgusted with the team’s effort that he decided to buy a few billboard messages to be displayed around Tuscaloosa.

It’s clear that he wants Alabama to rebound the ball as the messages read ‘Rebounding = Final Four,’ ‘Protect The Paint,’ and ‘Rebound!’

Alabama had won 11 of its last 12 games before falling to Missouri, but going 11-2 in a 13-game stretch just isn’t good enough for Wendel.

Lol. One @AlabamaMBB fan means business! Mr. Michael Wendel was so upset with the Tide's loss to Missouri, he purchased these billboards in Tuscaloosa.

Alabama has only been to the NCAA Tournament twice since 2006 so Wendel isn’t falling for any sort of smokescreen, he’ll be pleased when the Tide officially punch their ticket to the big dance.

Head coach Nate Oats, who is in his second season in Tuscaloosa, is more than happy that the basketball team is garnering this sort of attention at a school and in a town that are dominated by football.

“I love it,” Oats told Tuscaloosa News. “Shoot, they’re obviously into basketball if somebody is paying to put billboards up to tell us to rebound the ball. They’re on the same page as the coaching staff. We’ve got some basketball fans. We love the people being into basketball.”

Who knows, maybe the billboards gave the team an extra push on Tuesday as Alabama knocked off South Carolina 81-78. Wendel will be pleased, too, as the Tide outrebounded the Gamecocks 41-39.