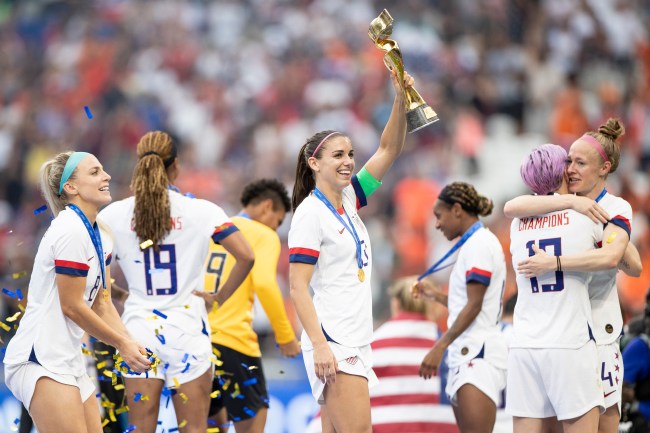 Alex Morgan and the U.S. women’s national soccer team just won the FIFA Women’s World Cup the other day, giving America another reason to celebrate around the 4th of July. And while Morgan and her teammates partied it up by popping champagne after their victory, ESPN+ made sure to capture all the action to detail on Morgan’s most recent episode of Alex Morgan: The Equalizer, which airs on Wednesday, July 10.

Entitled “That’s The Tea,” the third episode in the four-episode TV show, Alex Morgan gives ESPN+ a behind-the-scenes look at the 72 hours following the most recent Women’s World Cup title, showing fans an unscripted celebration that’s sure to make you feel more American. Plus, the streaming service costs just $4.99/month — or $49.99/year — so you won’t feel bad about spending a little money to watch the sports you want.

In addition to Alex Morgan: The Equalizer, ESPN+ is also the exclusive home of UFC, streams live events and has original shows like Detail with Kobe Bryant and an upcoming show with NBA MVP Giannis Antetokounmpo called SneakerCenter, which is blends culture and style with sports. So make sure to snag yourself an ESPN+ subscription to get all the original content, with Morgan’s latest episode being a must-watch.

With all the best UFC content, live events and original series to scratch your sports itch, ESPN+ is the spot to get it all. Plus, the fact that it costs just $4.99/month — or $49.99/year — is just an added bonus for all the sports nuts out there, so get your subscription today.