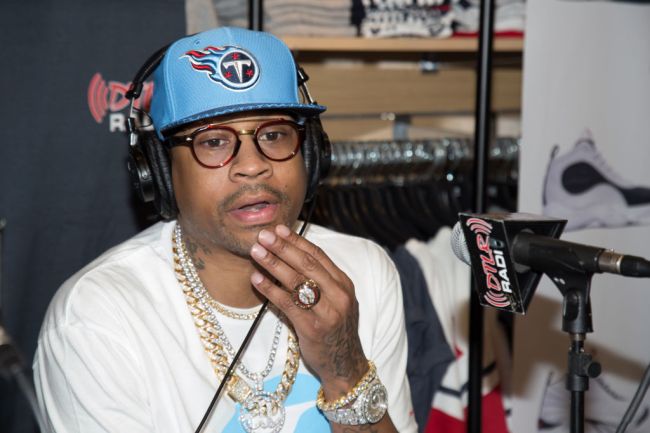 Allen Iverson is an NBA Hall of Famer with 11 All-Star game appearances, four scoring titles and an MVP to his name. And yet, the 46-year-old claims that he could have been even better at football than he was at basketball.

Iverson joined Shannon Sharpe’s ‘Club Shay Shay’ podcast earlier this week and said that football was his first love. He also said that he would have had a better career on the gridiron than the hardwood.

.@alleniverson: “Not being cocky or arrogant, I know I would’ve been a better player in football than basketball.” pic.twitter.com/33Kn1mApu9

Iverson, who played 14 years with the 76ers, Nuggets, Pistons and Grizzlies, made quite the bold claim. It would be hard to top his basketball career.

As a sophomore at Bethel High School in Virgina, AI was named the starting quarterback. He also started on defense as a defensive back and returned kicks. All of that was in addition to starting at point guard on the basketball team.

Thus, for Iverson to claim that he could have been better as a football player is not particularly far-fetched. To further his point, he posted a highlight tape from his high school football days and it’s impressive.

With the utmost respect & humbleness, it’s not a joke!!! @clubshayshay @espn

Imagining an alternate world where one of the best point guards in NBA history played football is difficult, but it sure would have been fun.