An Angry Allen Iverson Goes On Profane Tirade Directed At Unnamed TV Personality ‘You Hate Me Motherf—-er, I Hate You Too’ 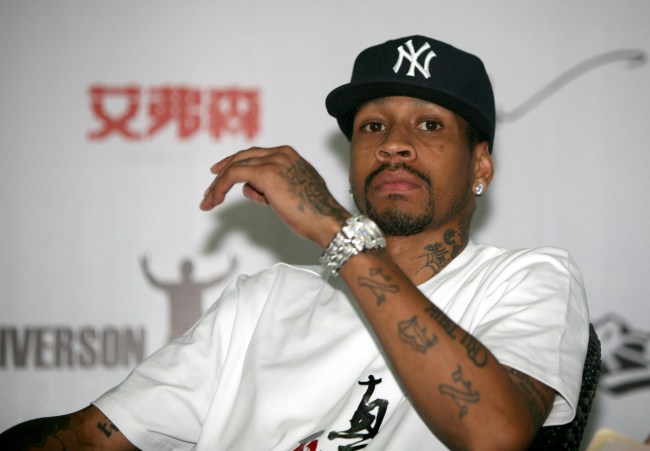 Allen Iverson had some pent-up anger he wanted to get up off his chest during today’s episode of Showtime’s ‘All In The Smoke’ podcast.

In the middle of podcast taping, the former NBA great wanted to let a certain unnamed TV personality know that he hated his guts.

Allen Iverson has a message for a certain TV personality

"The way you hate me, motherf*cker I hate you too…you and your daddy." 😳

This one guy, I know you know who I’m talking to. You know you hate me and trust me I don’t hate anybody, I hate you.

It’s not Skip (Bayless). But there’s a guy who do exactly what you do, and just trust me, the way you hate me, motherfucker I hate you too. The feeling is so mutual. You don’t help me, and I don’t help you and I’m fine regardless how much you talk about me.

While Iverson didn’t mention the TV personality by name, many people were sure that his rant was directed towards former Fox Sports host Jason Whitlock who had been extremely critical of Iverson in the past.

Reminder that Jason Whitlock, an actual adult who should have a functioning brain wrote this in 2008 https://t.co/DlMqAEVT0u pic.twitter.com/cmAfwske44

Took over a decade but it's about Jason Whitlock. He would routinely take shots at his tattoos or upbringing, but it was Iverson's disastrous stint with Detroit where it turned up like 10 notches. https://t.co/iDhiPNyGa2