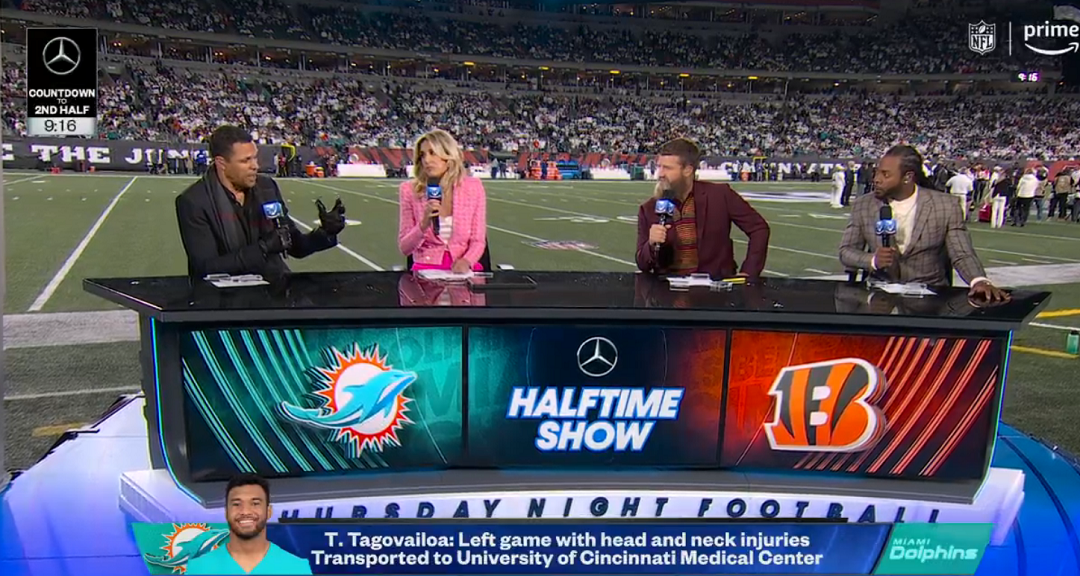 Amazon Prime is being questioned over their coverage of Tua Tagovailoa’s head injury on Thursday Night Football.

Last week, the NFLPA launched an investigation into the Dolphins’ handling of Tagovailoa’s concussion protocol after the QB was allowed to return and play against the Bills despite being visibly wobbly on the field.

On Thursday, Tagovailoa was carted off the field after suffering a neck/injury just four days after the Dolphins’ game against the Bills.

During the Amazon Prime halftime show, fans noticed that the NFLPA’s investigation into the Dolphins was not mentioned once.

Amazon just did an entire halftime segment on Tua without mentioning that Tua was tested for a concussion 4 days ago or that the NFLPA requested an investigation.

The Amazon Prime halftime crew just drops the ball regarding Tua’s injury. No mention of Tua’s injury v Buffalo on Sunday or the questions of how the Dolphins’ handled it or the NFLPA’s investigation.

How does Amazon do an entire halftime show and not even MENTION the injury to @Tua 4 days ago and raise even the most basic (glaringly obvious) question about whether he should've been cleared to play tonight, where NFLPA investigation stands, and possible consequences of this??

Some questioned whether the NFL directed Amazon not to talk about the NFLPA investigation.

I wonder if they were told at halftime not to mention what happened last week to Tua and the ongoing investigation because they didn’t mention a word.