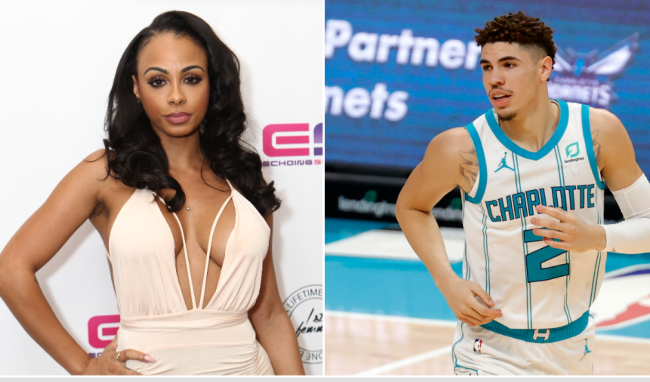 Earlier this week, Ball and Montana were seen together on a date which led to fans criticizing Montana for dating someone a lot younger than her.

So since everyone had a problem with what Brittany Renner did to Pj Washington.. let’s talk about Lamelo Ball and his grandma Ana Montana.. because that woman is 32 and he’s 19? That’s not predatory to y’all? Call it out. pic.twitter.com/fsXbo490oU

Montana’s relationship with Ball immediately received backlash considering Ball’s teammate PJ Washington is currently involved in a messy custody battle with his ex-girlfriend Brittany Renner, who is seven years older than him.

Y’all gonna talk about the predatory money driven behavior of these women or?? https://t.co/8PM4s2K8OC

Montana has since taken to Twitter to address some of the backlash she’s received over her relationship with Ball.

Y’all do know i have MY OWN money and take care of myself and family right ? Lol