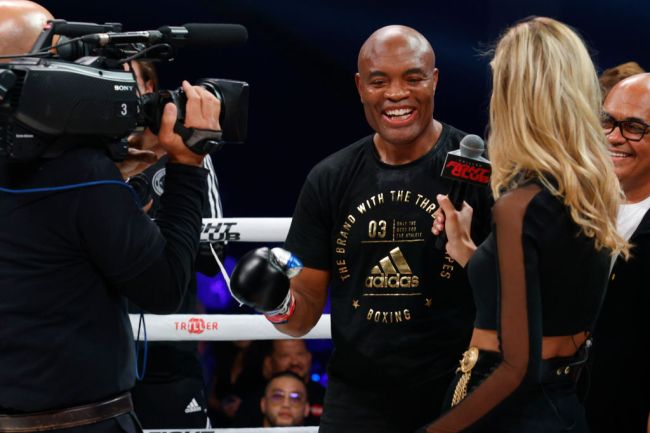 It seems like Anderson Silva has eyes set on his next fight after beating former UFC champion Tito Ortiz.

On Saturday night, Silva viciously knocked out Ortiz in the first round of their fight.

While speaking to the media after the fight Silva said he wouldn’t mind fighting Logan next on a card that would feature Jake Paul and Vitor Belfort.

“Jake Paul and your brother have a good chance to fight me and Vitor. That would be good fight

Silva had been rumored to fight Logan months ago but for whatever reasons those talks broke down.