Andrew Bogut Reveals The One Thing That’s Helped Him Stay In Shape As He Rejoined The NBA: Lots Of Beer 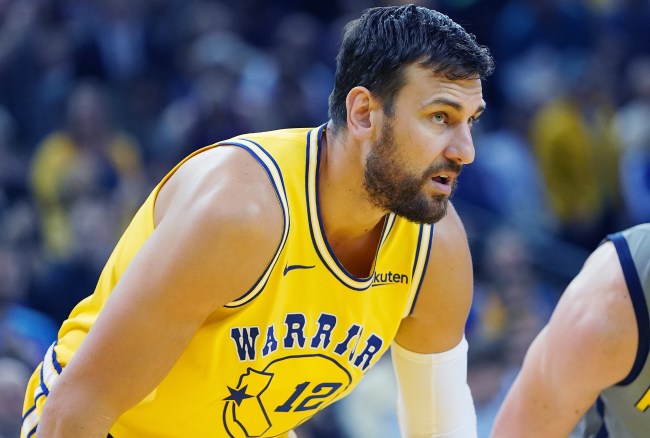 Andrew Bogut recently returned to the NBA by joining the Golden State Warriors, a team in which he won an NBA title with back in 2015. The former No. 1 overall pick, Bogut was out of the league and playing professionally in his native Australia, where teams only play 2-3 times each week and don’t practice as frequently as pros in the States. Since the dude can still play, the Dubs figured they’d let him ride with them on their (hopeful) three-peat journey.

While Andrew Bogut is averaging about 16 minutes per game since re-signing with the Warriors on March 6, there’s one thing that people seemed to take notice of when he has played — his physique. Seriously, the dude appears to be much slimmer than he was in the past, so it led to some wondering what the secret of the 34-year-old really was. Bogut’s tip: drinking more beer.

Talking to The Athletic‘s Ethan Strauss, here’s what Andrew Bogut had to say about adding more brews into his diet.

What everyone noticed about the YouTube mix was Bogut’s lighter appearance. “I look slimmer,” Bogut said of the comments. “I don’t feel much different and I haven’t changed anything specific diet-wise. Honestly, man, when I go back to Australia, I introduce a whole lot more beer to my diet. So maybe that worked. I have one or two beers with the family at night.”

That weight loss method will, sadly, not work for most of us. The reason it likely worked for Bogut? Probably because a significantly reduced travel schedule improved his diet without much trying. Those whose work includes points and SkyMiles know it all too well: Travel is the ultimate enemy of health.

This is brilliant by Andrew Bogut. Of course, that last part about less travel stress in a big part — because we all know that can add weight due to lack of sleep, anxiety and eating out — but the big man credits beer as being the real difference-maker when it comes to his physique. Wonder if this will have the same impact on us, because it hasn’t seemed to help in the past 20 years since we’ve been boozing.

Anyway, now that Andrew Bogut’s back in the NBA and playing on the Warriors, I just imagine he’s living his best life as he plays a few garbage minutes a game, eliminates any travel stress by drinking beer while flying and can just sit back and collect another championship ring, presumably. Yeah, things are going pretty well for the seven-footer.