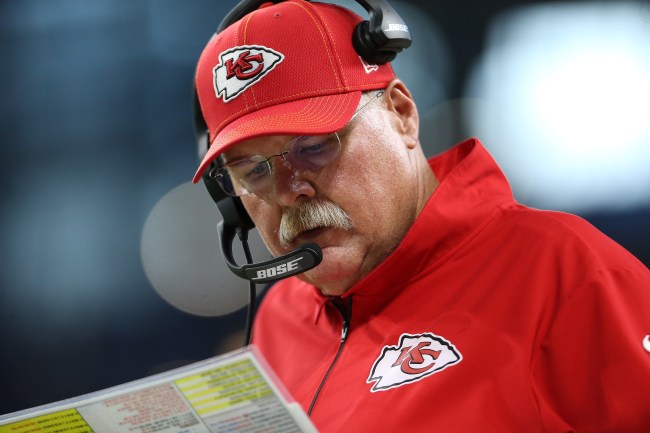 After weeks of playing with nagging injuries it looks like Patrick Mahomes could be out for a bit after he badly injured his knee tonight and many are blaming head coach Andy Reid.

Earlier today it was reported that the Kansas City Chiefs were worried about the QB’s nagging ankle injury that had been bothering him for weeks.

Patrick Mahomes has been a different quarterback in each of the three games he's injured his ankle. Teams are seeing it and adjusting. @gmfb #nflnetwork pic.twitter.com/t13sFh9ER8

“It is a legit injury,” . “I’ve been told that by multiple people. Andy Reid has talked about how it is bothering Patrick Mahomes and multiple people who know about the injury told me it’s probably worse than most people think it is. Speaking with the Broncos, they’re well aware of it, but at the same time, they said, ‘We can’t think about it at all. With as talented as Patrick Mahomes is, he could probably beat you on one leg and we know the injury is not going to knock him out of the game.’”

Despite the ankle injury Reid still decided to make Mahomes run a QB sneak on 4th-and-1. Mahomes appeared to badly injure his knee on the play.

Here’s what happened to Patrick Mahomes. End of clip shows him walking off. pic.twitter.com/wS8BbjE2bs

Hoping this isn't serious for Patrick Mahomes, who was visibly upset grabbing his right knee after converting on 4th downpic.twitter.com/0MjEbD9zNL

That a boy Andy Reid. Your star qb already has a bad sprain and you run a sneak. Hope it isn’t serious. Damn.

When Andy Reid makes you run when your leg is already fucked up #ChiefsKingdom pic.twitter.com/nplO6MNMXt

Andy Reid has had a lot of questionable play calls in his career but the one where Mahomes got injured will haunt him for a long time. #Chiefs will go from Super Bowl contenders to missing the playoffs because of a QB sneak.