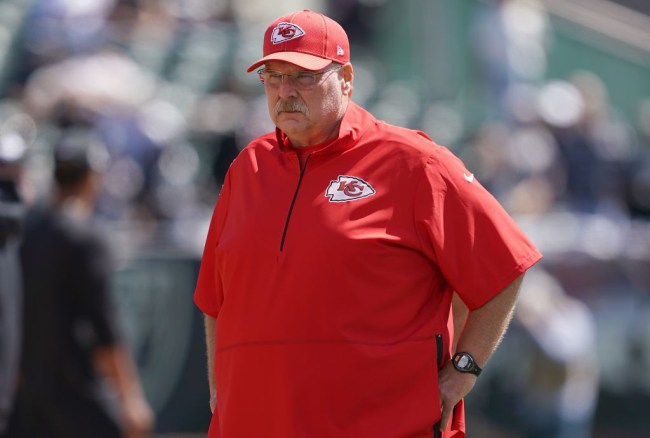 Andy Reid is a unit. If anyone told you an NFL coach once housed a 40-ounce steak in under 20 minutes you would 100% say that it had to be Reid, and you would be correct.

ESPN dropped a huge piece about Reid dating back to his childhood, his time at BYU, how he got into coaching and everything else up to this point of the 61-year-old’s life.

The most mind-blowing story came from Steve Mariucci while the two were both on the coaching staff of the Green Bay Packers from 1992-1995. What was the biggest memory from that three-year span? Eating.

“We ate, man. One night we were at the Prime Quarter and we both order a giant 40-ounce steak. This thing is huge. The girl comes out and tells us if we eat this thing in under an hour you get your picture on the wall and a chef’s hat and all that. Andy finished his in 19 minutes. I ate mine in 30. Our picture is still on the wall there.”

In doing some very in-depth journalism research, I found the challenge on Prime Quarter’s website and it still exists today. The entire challenge includes the 40-ounce steak, “a trip to the salad bar,” a baked potato and of course a piece of Texas Toast in an hour and 15 minutes. The biggest takeaway from the challenge? It costs a whopping $29.95.

You don’t only get your picture on the wall, but you get a kick-ass medallion too.

Downing a 40-ounce steak is a pretty big-time feat for anybody and to do it all in under 19 minutes is impressive stuff from Mr. Reid. He’s got nothing on Chet downing the Old ’96er though.

Reid and his Chiefs are 4-0 on the year after a thrilling win over the Detroit Lions this past Sunday. Kansas City plays hosts to the Colts in Sunday Night Football this weekend.