Angry Lamar Jackson Gets Heated, Slams Ball To Ground, And Curses Out His Offensive Lineman 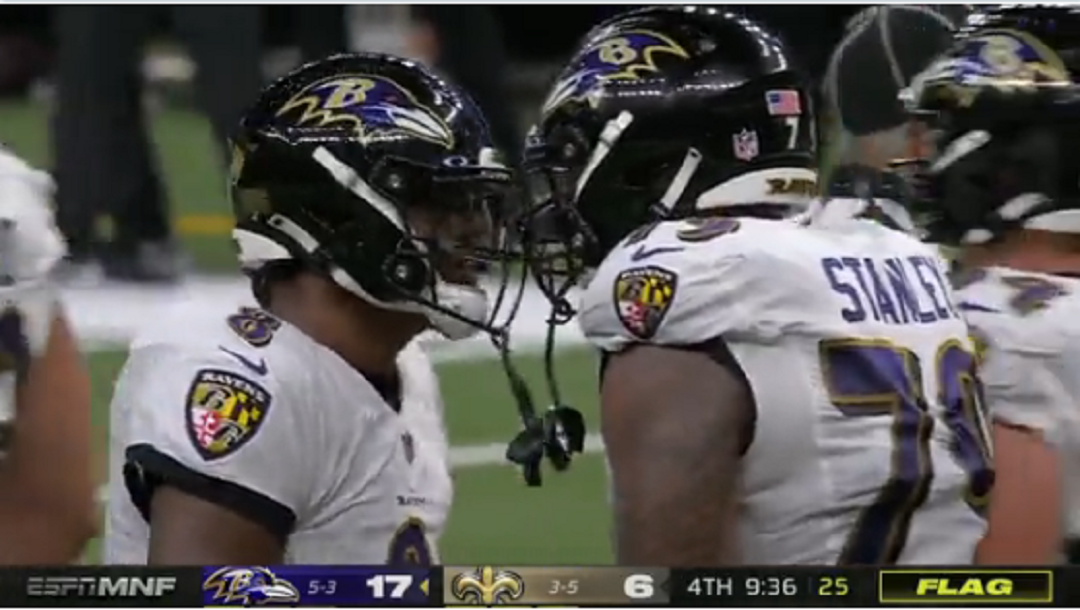 Lamar Jackson got into it with Ravens offensive lineman Ronnie Stanley.

In the fourth quarter of Monday Night’s Saints-Ravens game, a frustrated Jackson was angry the ball wasn’t snapped to him before getting called for a delay of game penalty.

An angry Jackson angrily threw the ball to the ground. Ravens offensive lineman Ronnie Stanley confronted Jackson and tried to get him to calm down, but a pissed of Lamar started cursing him out.

Lamar was ANGRY at his LT Ronnie Stanley and even tried to fight him😲😲😲
pic.twitter.com/0fmQV7YWc9

Eventually, Lamar calmed down and talked things out with Stanley on the sideline.

Broadcast showed Lamar Jackson and Ronnie Stanley speaking to one another on the sideline and exchanging actual pleasantries this time.