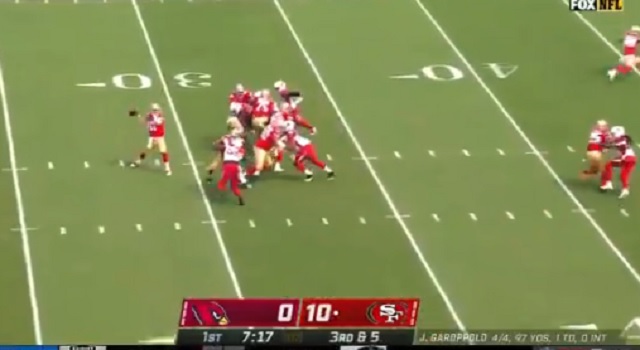 During Sunday’s Niners-Cardinals game, the play-by-play announcer was attempting to say Jerick McKinnon’s name but instead went on to call him ‘Circle jerk” McKinnon.

It’s important to be articulate when you say “Jerick”.

NFL fans had a good laugh at the broadcaster’s mistake.

Did he just call him circle jerk McKinnon on the 49ers broadcast?!