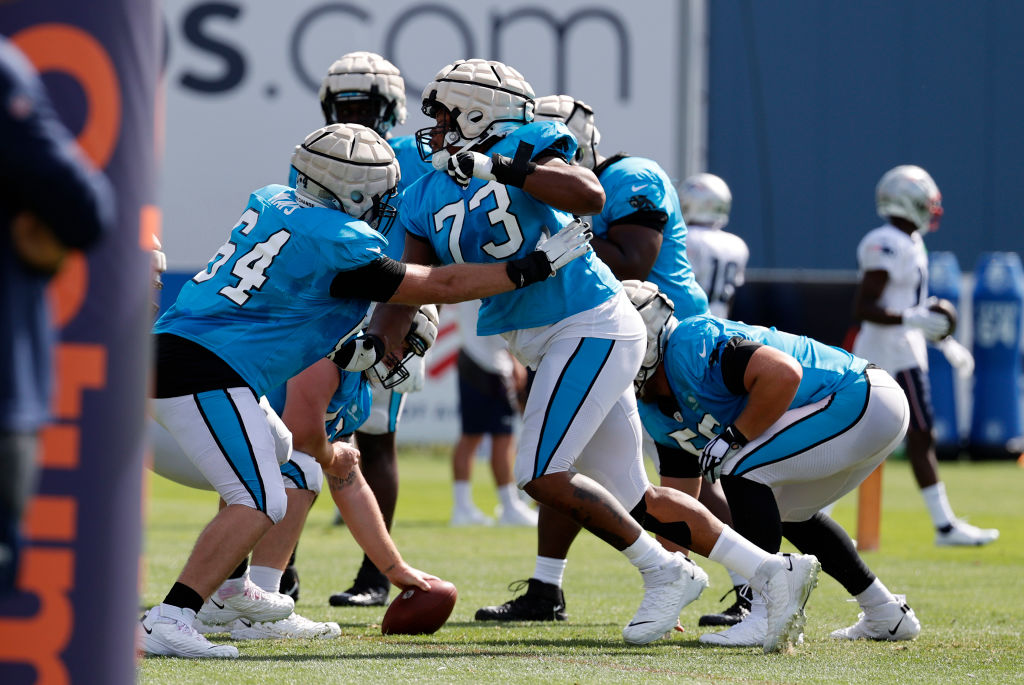 The Panthers and the Patriots can’t stop fighting each other during their joint practice sessions.

On Tuesday both teams were involved in an all-out brawl that led to multiple ejections.

On the second day of their joint practice sessions on Wednesday, both teams were again involved in another brawl.

And now another huge fight over by the stands. Players coming over from both sides of the field.

#panthers first team offense vs #Patriots first team defense. McCaffrey got tackled near the sideline, he threw the ball at a defender and then the brawl ensued.
Deatrich Wise, Kenny Robinson and Chuba Hubbard have all been ejected. @NBC10 @NBC10 pic.twitter.com/AinNxpABFV

For the second day in a row, a brawl has broken out in Foxboro. Several Patriots and Panthers players ejected. Kristian Wilkerson was carted off the field.
pic.twitter.com/vbx00yRT2v

Several players were also ejected in the second day of joint practices between both teams.

Things are getting out of control for the 2nd straight day of joint practice. Kristian Wilkerson just got knocked out of practice by Kenny Robinson who got in a fight with Wilkerson yesterday.
Then a brawl just erupted 1 play later by the stands. @NBC10 #patriots

Never seen it get to this point in any joint practice with the Patriots in Bill Belichick’s tenure (2000-present).