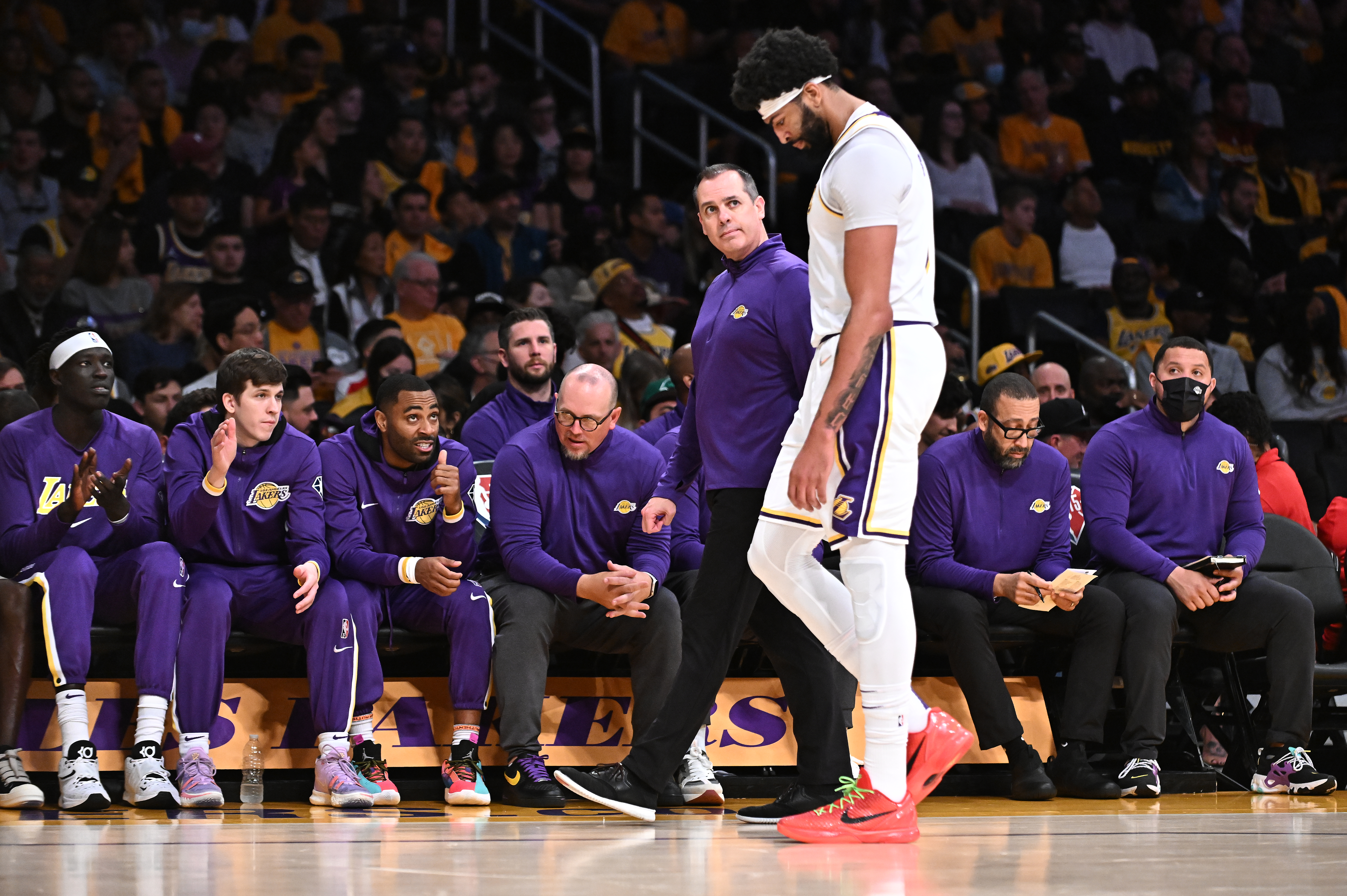 Anthony Davis believes the Los Angeles Lakers could have been a force to be reckoned with this season if the team had stayed healthy, but NBA fans don’t agree with him.

After the Lakers’ latest loss to the Nuggets, Davis expressed his frustrations with the team’s season, which has been hampered due to injury.

“It's been tough not being able to fully reach our potential as far as us three being on the floor and seeing what we can really be." @AntDavis23 on the most frustrating part of the season. pic.twitter.com/icDP45WLMu

“We never did all year. I think us three, being me, Bron and Russ, played 15 or 21 games together. We didn’t expect us to have only 21 games together. It’s been that kind of year, either I’m in or he’s in, and the times that we do play together, we look really good…

“It’s been tough, not being able to fully reach our potential as far as us three being on the floor, seeing what we could be but with that being said, we also have enough to win basketball games… We’ll continue to fight this way and give ourselves a chance and we’ll see what happens.”

Davis spoke with Fox Sports and told them that he believed the Lakers, who are currently fighting for a play-in spot, would have competed for the championship if fully healthy for a majority of the season.

Exclusive: After Anthony Davis expressed frustration that this Lakers roster never got a chance to show what they can do because of injuries, I asked him if he thinks they could've won a championship if they had been healthy.

When asked if he thinks the Lakers could’ve won an NBA championship this season if everyone had been healthy, he didn’t hesitate in his response.

“I think we could’ve done extremely well,” Davis told FOX Sports. “We’ve got me, Russ, Bron, Melo [Carmelo Anthony], Dwight [Howard], AB [Avery Bradley], Malik [Monk]. We got an extremely good team on both sides of the basketball. But with us not being healthy, we don’t know what this team could’ve been. It looks good on paper and, at times, we do play well.”

NBA fans didn’t agree with Davis’ comments and mocked him for it.

The Lakers lost the minutes (576 of them) that LeBron and AD SHARED the court this season. This team is bad. What they could've been is just more mediocre than bad (and that's coming from someone who 6 months ago thought they could win the West if those 2 were healthy) https://t.co/WaELVmg7cK

Ironic Anthony Davis is making excuses about injuries after he just lost at home to a team who played their entire season without their 2nd and 3rd best players, and did just fine:

Only two players on the roster have suited up for more than 70 of them (Chris Boucher – 76, Scottie Barnes – 70). https://t.co/WdwCU0qWQT

They have 8 more wins than the Lakers who have had