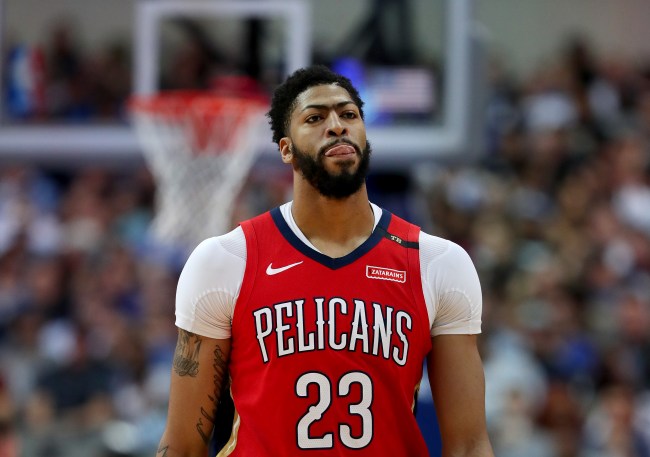 Earlier tonight, the New Orleans Pelicans became the big winners of the NBA draft lottery after they drew the #1 overall pick.

Anthony Davis reportedly still wants out from New Orleans despite the fact that the Pelicans are probably going to bring in Zion Williamson in the draft,

The New Orleans Pelicans are now set up to be Zion Williamson’s franchise to lift, and No. 1 pick could ease potential trade of Anthony Davis. His stance on a trade has not changed, league sources tell @TheAthleticNBA @Stadium.

Anthony Davis' stance on a trade has not changed. The Pelicans can not only build around No. 1 pick Zion Williamson but also a package of young players and the No. 4 pick in the draft from the Lakers. https://t.co/sRVSGaK5YU

The Pelicans still have plenty of options and could actually pursue a trade with the Lakers who now have the #4 pick.

Something finally went right for the Lakers. With the Pelicans set to get Zion, it’ll make it easier to part ways with Anthony Davis and with the Lakers having the #4 pick and the kids (Ingram, Lonzo, and Kuzma) they have the best trade package for AD.

Woj talking about Lakers trade for AD while Kuzma is on stage LOOOL pic.twitter.com/tSYz8WHK3D