A Look Back At Anthony Kim, The Most Electric Golfer Ever Not Named Tiger Woods 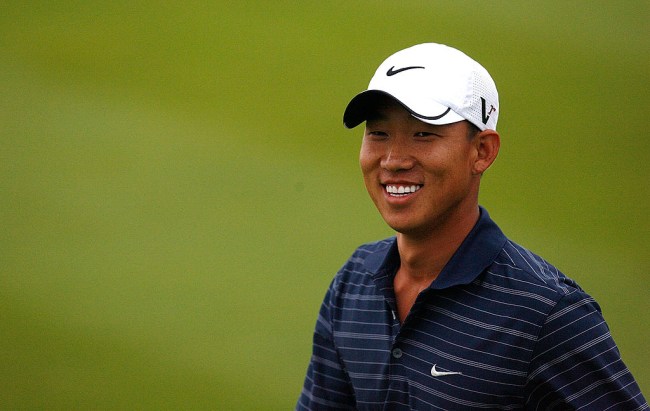 Tiger Woods is the most dominant, most electric golfer to ever tee up a golf ball and there is absolutely no arguing that fact. When it comes to the second name on that ‘most electric’ list, well that’s where things get difficult, for some people that is.

For me, and for plenty of other 20 and 30 something-year-olds out there, Anthony Kim holds that No. 2 spot.

Kim, who recently turned 35-years-old, may have zero majors to his name and only four PGA Tour wins in less than 125 career starts, but numbers are just numbers. He did earn over $12 million during his shortened career on Tour, we can’t forget that, but it was Kim’s demeanor, his swing, his intensity, and immeasurable swagger that made him such a legendary player.

Kim was a member of the 2005 U.S. winning Walker Cup team and then burst onto the scene the following year when he made his PGA Tour debut at the Valero Texas Open where he finished in a tie for second. He immediately turned pro and the next four years Kim was a must-watch player every time he teed it up. The long-ball off the tee, the giant belt buckles, the elite ball-striking, and overall cockiness of the guy was 100% contagious.

The ‘Year of Kim’ was undoubtedly 2008, however. While he became the first American under 25-years-old to win twice in one year since Woods did it in 2000, it was at the Ryder Cup later in the year when everything came up Kim.

Kim played with Phil Mickelson on Friday and Saturday posting a 1-1-1 record and was then chosen to lead off the Sunday singles matches against Sergio Garcia. At this point in time, Garcia was the No. 5 player in the world while Kim was ranked 10th in the world. It was the clash between the two most intense, showboating players hailing from each side of the Atlantic and with the U.S. holding a 9-7 lead heading into Sunday it was an important match.

Kim went on to dominate Garcia at Valhalla that Sunday. He went on to win 5&4 and was so into the moment he didn’t even realize he had already won the match and took off for the next tee after sinking the match-winning putt delivering one of the great Ryder Cup moments.

Kim put on another clinic at the 2009 Masters where he finished third after posting a tournament record 11 birdies in the second round. He also went on to win the 2010 Shell Houston Open, but shortly thereafter things took a turn for the worst.

His 2010 season was hampered by an injury and in 2012 he announced he was going to take a few months off due to tendonitis in his left arm. Then, about six weeks later, he tore his Achilles and never teed it up again. Tearing your Achilles is obviously a very serious injury, but Kim was still very young, so what the hell happened?

The most talked-about rumor as to why Kim called it quits involves an insurance policy and that if he ever decided to tee it up on Tour again the policy would disappear.

Via CBS Sports circa Sept. 2014: An IMG source pegged its value at $10 million, tax-free. Kim’s friend, who has had financial discussions with him, says, “It’s significantly north of that. Not quite 20, but close. That is weighing on him, very much so. He’s trying to weigh the risk of coming back. The way he’s phrased it to me is, ‘If I take one swing on Tour, the policy is voided.'”