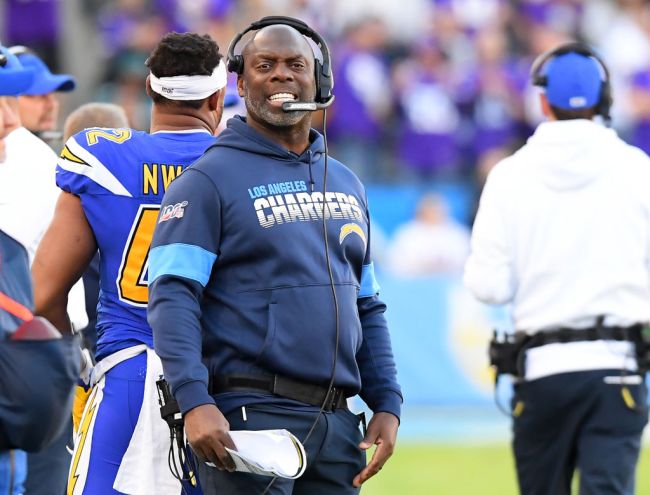 The Los Angeles Chargers are struggling as they’ve now lost five of their last six games thanks to the 45-0 beatdown they received this past week via the Patriots. At 3-9 on the year, most have given up on the Chargers this season and have turned the page to what will be year two with Justin Herbert under center.

Head coach Anthony Lynn has a job to do, however, which is to keep his squad afloat with four games left on the schedule.

During a press conference on Wednesday, Lynn seemed to have been asked how Los Angeles can stay positive and get through the adversity it’s facing at the moment and delivered one of the wildest comparisons in recent memory.

Lynn compared the Chargers’ current struggles to the bombing at Pearl Harbor when 2,403 American lives were lost on December 7, 1941.

“We’re down, but we’re not out. Just the other day was Pearl Harbor Day,” Lynn said. “You know, one of the biggest defeats this country has had, and we bounced back from that.”

If that isn’t one of the wildest, most ‘football is life’ quotes of all-time I don’t know what is. Plus, not only did he share this quote with the media, he even delivered the same message to his staff. I have to imagine someone’s brain in that room short-circuited when he made the comparison, but nevertheless, what a brain Mr. Lynn has.