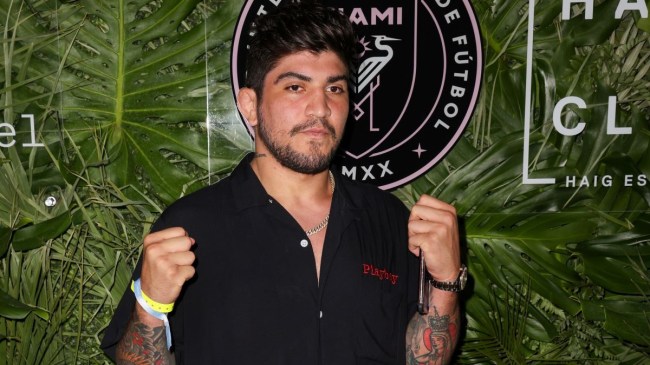 I’ve been an MMA fan since the early days of The Ultimate Fighter and the prime Chuck Liddell and Randy Couture years. Despite that, there are two things in combat sports that I could not even begin to explain to you.

The first is why there is such a high demand to watch random washed-up pro athletes and fighters in boxing matches with YouTube celebrities. Particularly when those YouTube celebrities are like D-List streamers. The Paul Brothers I understand. But why in the world do people want to pay to watch a YouTube star that 27 people have heard of in a fight against Nate Robinson (who stole his dunk contest win from Andre Iguodala).

The second, meanwhile, is why in the world Dillon Danis is a thing. As far as I know, Danis is most notable for someone who merely exists in the world of Conor McGregor. Danis, who I’ve just now realized doesn’t even have a Wikipedia page, does have a decent record in No-Gi BJJ. But as far as I’m concerned, his biggest career accomplishment is being beaten (soundly) in a high school wrestling match by my buddy Zach, who wrestled D3 and is now a substitute teacher (shoutout substitute teachers, you’re doing great work.).

Today in MMA history: On this date 10 years ago Dillon Danis got beat up by a substitute teacher pic.twitter.com/B2YAYJu7OO

But for some reason, somehow, Danis is a big deal. He’s somehow amassed over 300 thousand Twitter followers despite an MMA resume full of wins over dudes you’ve never even heard of. Now Danis is up to his old tricks, starting beef with YouTubers.

The MMA fighter showed up to weigh-ins for something called Misfits boxing on Friday. Once there, he picked a fight with famous YouTuber KSI. Well, that didn’t go over well with former Bellator fighter turned gimmick boxer, Anthony Taylor.

Taylor tracked down Danis in the parking lot and made a point to tell him to pick on a real fighter, not a YouTuber. Taylor then ran after Danis, starting a fight with him and landing a nasty right hand.

What’s that phrase the kids use? “F-k around and find out?”