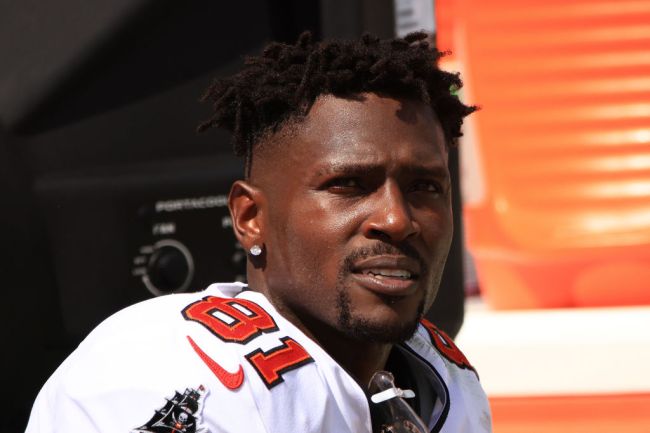 Antonio Brown was busy on Thursday morning trying to expose people, but unfortunately, he may have made a costly mistake while doing so.

At 8 am, Brown released text messages with Bucs head coach Bruce Arians in which they talk about his injury before Sunday’s game against the jets.

Text exchange between Antonio Brown and Bruce Arians posted by AB on Instagram. Of course Arians knew Brown was injured. He hadn’t practiced since Wed. The dispute came on the sideline DURING the game after Brown had played the first half. BA said they never talked Post-game. pic.twitter.com/HuQ2JYwGoJ

Brown would later release text messages with Tom Brady’s trainer Alex Guerrero in which he accuses Guerrero of trying to charge $100k for “doing no work” on him. Brown accidentally posted his bank account information on Twitter in his leaked text messages with Guerrero. 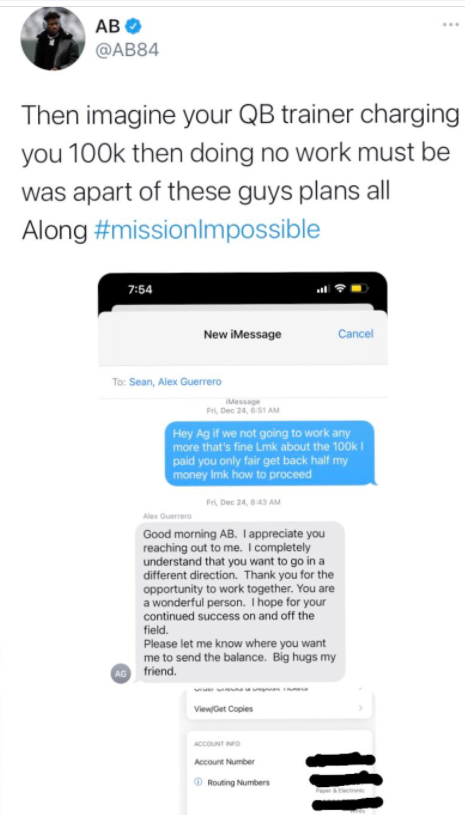 Brown eventually deleted the tweet when he noticed his mistake but got immediately mocked by fans.

Antonio Brown starts the day off by tweeting out his bank information. We’re in for a good Thursday.

Antonio Brown trying to lockdown his bank account after sharing all his info pic.twitter.com/NcSySAQPf2

Perhaps putting bank account numbers out into the world was a decision made in haste.

So AB posted is bank account number and routing info?!?!?!

My mortgage and utility auto drafts are due in a few days. pic.twitter.com/ZJk47HLoAe