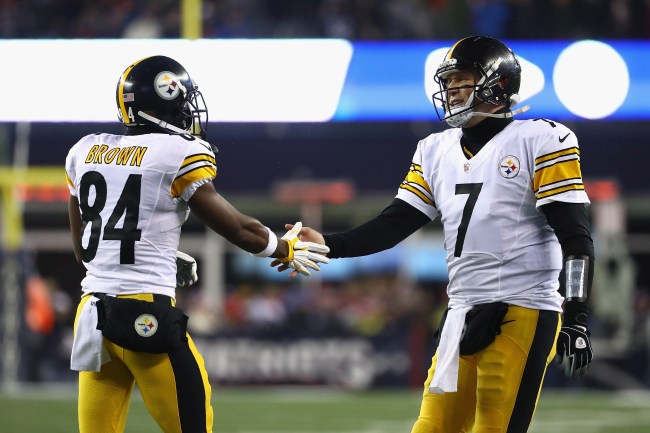 Antonio Brown is not on good terms with QB Ben Roethlisberger.

Last month it was reported that Brown had requested a trade from the team after a heated exchange with QB Ben Roethlisberger in practice.

Antonio Brown is throwing it all out there today pic.twitter.com/iEDROkprNR

Brown’s comments come a day after he liked several tweets calling out Roethlisberger over his past sexual assault allegeations.