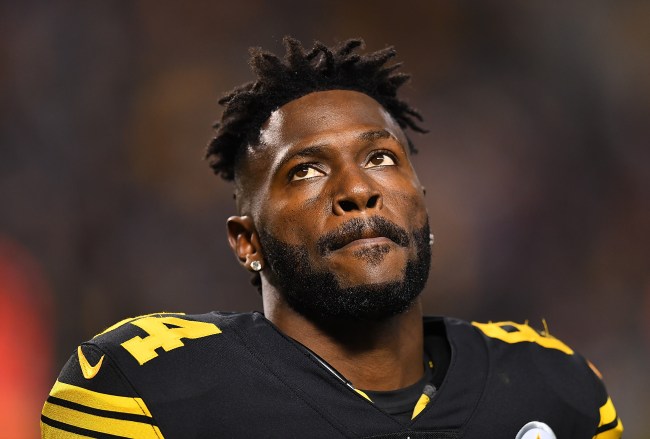 Oakland Raiders superstar wide receiver Antonio Brown has not played during training camp but he has definitely kept his name in the papers.

Not only has Brown gotten into with the NFL over his helmet. but he is also dealing with a foot injury he suffered in France while wearing improper footwear in a cryogenic machine.

Via Ian Rapoport of NFL Network

As far as the backstory — what led to this — what I was told, talking to a couple Raiders people, basically the story that they are saying is that Antonio Brown used a cryogenic chamber without proper footwear and that is why his feet ended up the way they did. Certainly, some other questions medically, for his feet, how they ended up looking like that, how he trained through feet which are so badly injured he really can’t continue to train. A lot of questions there. But at the very least, that is the story they are saying. Still day-to-day. Unclear when Antonio Brown is going get back out at practice.”

During tonight’s episode of “Hard Knocks” Brown showed off his nasty blistered feet and made jokes about how they look “circumcised”.

Brown is already back in camp is says he’s feeling better and working on getting to 100 percent.

"I’m excited to be back and see my teammates and get in the groove of things here shortly.”

How @ab84 made his return to Training Camp, plus a look ahead to Arizona all in the Training Camp Notebook » https://t.co/rUaq6Bwa0n pic.twitter.com/20a2QBBdVy

“(I’m feeling) a lot better,” Brown said. “Working towards 100 percent. It’s been a process with the feet. Any time you got a lot of blisters, it’s hard to change direction, cut and run and be able to do what I do naturally.”

Brown still has about a month until the Raiders first game this season, so he has plenty of time to get healthy.