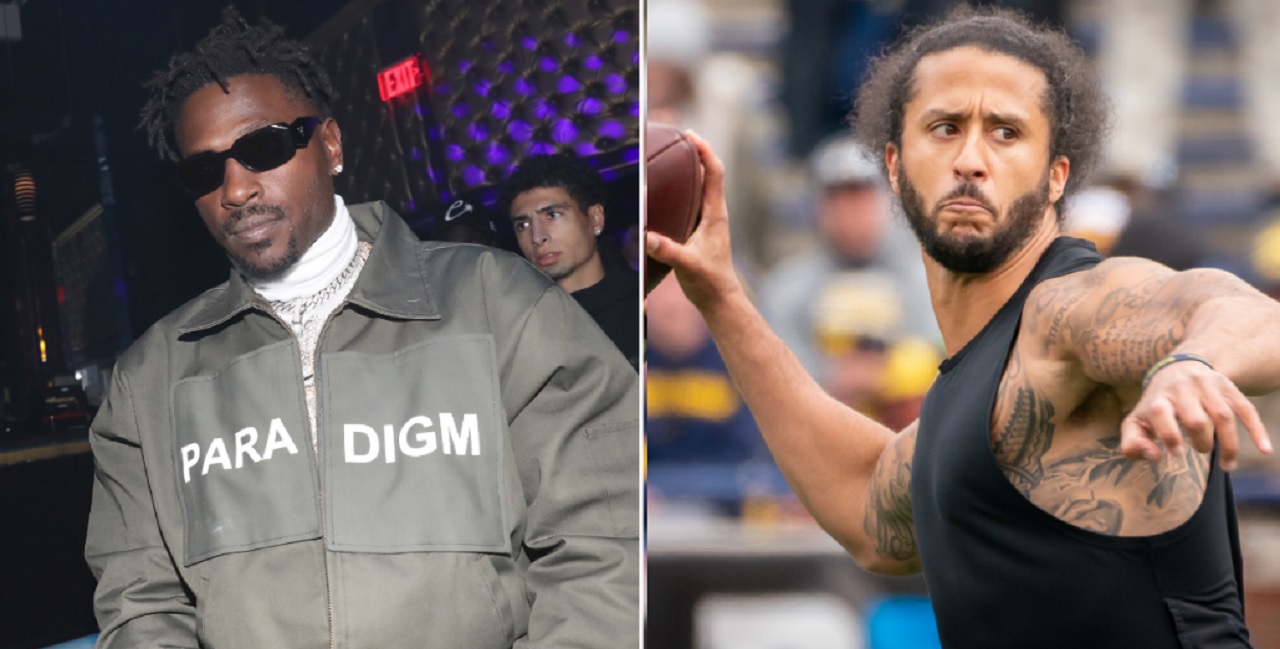 Antonio Brown is apparently not a big fan of Colin Kaepernick.

During a conversation with Naji of “Cigar Talk, Brown says he doesn’t feel sorry for Kaepernick, who he considers a “trash” QB, because Kaep took a large settlement from the NFL and is currently sponsored by Nike.

“We don’t feel sorry for you, you took the deal. Fuck outta here!”

“He not even from the hood, he ain’t been in the trenches.”

“As black people, we gotta get that clear.” pic.twitter.com/lbYZOky0wZ

“We ain’t respecting that, bro. You took the money, the commercials. We don’t see you outside. We don’t see him in the hood. He don’t do nothing. Like, we cool. But, nah, we ain’t even stan Kaepernick.”

“He built a foundation, What it do, though? I’m being real. What superhero he enforce? Who he put on? Who he help?

It is worth noting that Kaepernick created the “Know Your Rights Camp” in his pursuit to fight for social justice and recently donated $1.75 million to help aid communities of color affected by Covid-19.

Colin Kaepernick's charity, the "Know Your Rights Camp," has donated $1.75 million in recent weeks to assist communities of color with a focus on COVID-19 relief https://t.co/OnwZDT1ogy pic.twitter.com/kYAmeTbxVk